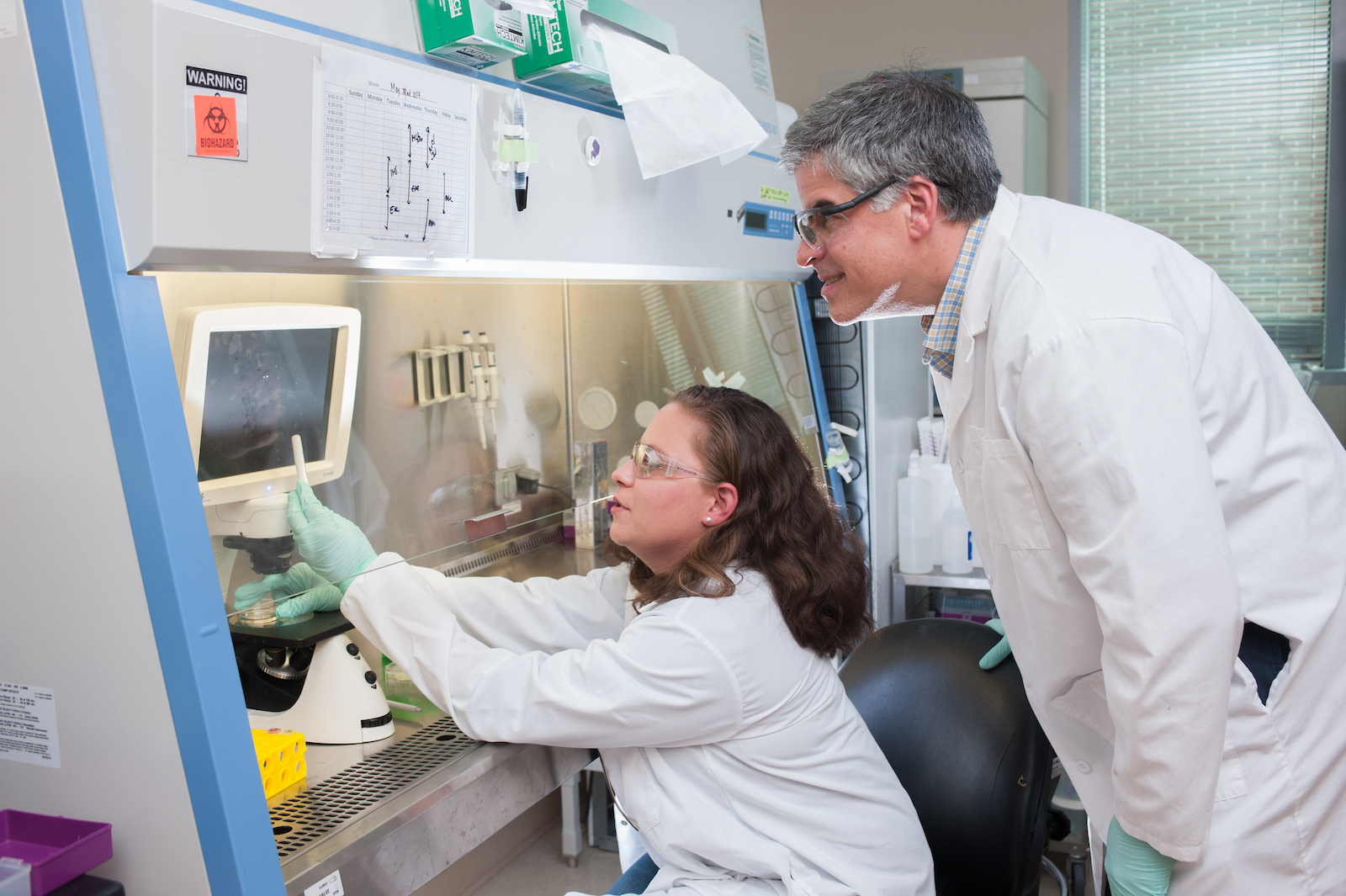 Researchers in Andrés García's lab are developing new ways to treat Type 1 diabetes and other diseases.

Vision. Collaboration. Innovation. The qualities for which Georgia Tech has become so well-known were embodied in people like Bob Nerem, founding director of the Parker H. Petit Institute for Bioengineering and Bioscience (IBB) from 1995 to 2009, Parker H. Petit Distinguished Chair for Engineering in Medicine, and Institute professor emeritus until his death in March 2020.

In 1997 Nerem recruited Andrés García and his wife, Michelle LaPlaca, to join the pioneering IBB program at Tech after they completed their work as postdoctoral fellows at the University of Pennsylvania — his in cell and molecular biology, hers in neurotrauma.

In 1998 when García and LaPlaca joined Tech, IBB launched its National Science Foundation Engineering Research Center in Tissue Engineering with Emory University, making it a strategic community for García to join to start his research program in an emerging field. Now as executive director of IBB and a Regents Professor in the Woodruff School of Mechanical Engineering, García is continuing Nerem’s legacy of vision, collaboration, and innovation in everything he does. In recognition of his work, he is the 2021 recipient of the Class of 1934 Distinguished Professor Award, the highest honor given to a Georgia Tech professor. The award is presented to a professor who has made significant, long-term contributions to teaching, research, and public service.

Known as a global pioneer in developing biomaterials systems for translational applications in regenerative medicine, García holds more than a dozen U.S. patents. Discoveries include the development of hydrogels for protein and cell delivery in regenerative medicine, engineering biofunctional materials to improve islet survival, and the design of infection-fighting materials. His research focuses on creating an engineered class of materials that can be used for applications to transplant a graft without immune-suppressive drugs. Human studies are planned to start next year. Researchers in his lab are developing new ways to treat Type 1 diabetes, eventually working with adult stem cells to reprogram them into insulin-producing cells. Future applications include addressing kidney failure and other diseases.

García is enthusiastic about his research, as well as all of the collaborative research in IBB. “IBB is a fantastic community of faculty, trainees, and staff who come together in making discoveries and developing the technologies in bioengineering and bioscience that will change the world,” he said. His goal is that IBB will continue to expand research and integrative opportunities to have a major economic impact, creating an environment to translate research into commercial products and therapies. “With IBB we want to provide opportunities for ‘collisions,’ unexpected interactions that lead to the discoveries. It was Bob Nerem’s vision to drive that sort of collaboration,” he said.

García shared an example of one such collision: “As part of a grant from the Juvenile Diabetes Research Foundation (JDRF), I was required to present unpublished research progress at a meeting with other researchers from throughout the country. After I made my presentation that morning, a JDRF director announced that for the next three-year cycle of funding we would need to collaborate with someone in the room on research. We went to lunch, and as I was building my sandwich, an immunologist introduced himself to me, complimented me on my presentation, and asked me if I thought I could develop a biomaterial to deliver the particular protein he was working with. You never ask an engineer if they think they can do something. They’ll find a way. I said I could, and we started working together.”

García has supervised 15 postdoctoral researchers and advised/co-advised 37 Ph.D. students. He is known for his long-term commitment to his trainees, as well as mentoring students outside of his laboratory and classroom. While he has not taught for the past three years because of his responsibilities as IBB executive director, he still mentors students in his lab.

“I take my responsibility as a mentor and supervisor seriously. It is important to have one-to-one interactions,” García said. “I take a practical approach and feel it is critical to explain why learning a topic is important, sharing practical applications, and offering experiential hands-on learning. I have had very supportive and engaged mentors and would like to pass that on to others.”

A native of Puerto Rico, García originally came to the states to study at Cornell University. He was very interested in the emerging field of biomedical engineering, but his father, an industrial engineer, advised him to major in another engineering discipline as a backup in case the biomedical field didn’t develop as anticipated. García took his father’s advice, earning his bachelor’s degree in mechanical engineering and also taking biology and bioengineering classes.

During his senior year García participated in a project to design a structure to support fractured legs for horses. He worked to optimize the way a “boot” attached to the bone so that it wouldn’t fracture again. He became interested in research, and his professors recommended that he go to graduate school. He earned his master’s and Ph.D. in bioengineering from the University of Pennsylvania. García was the first person in his immediate family to earn a doctoral degree.

García and his family have embraced all things Georgia Tech. He and LaPlaca have two sons, Rafael, a Tech mechanical engineering (ME 2018) graduate working at GTRI, and Andrés, a fourth-year mechanical engineering student at Tech. They hold season basketball and football tickets. One of their dogs is named Buzz.

García said he was deeply honored, humbled, and shocked when Georgia Tech President Ángel Cabrera called and told him he had been selected for this year’s Distinguished Professor Award. “The award is special to me because it reflects the great contributions my friends, family, and peers have made in my life to get me to this point. I am grateful for my trainees, my collaborators, and colleagues, and for the support that Georgia Tech has provided in giving me the tools to succeed. Georgia Tech is the best,” García said.

Quotes From Colleagues and Former Students

“Professor García has been an integral part of growth of the international reputation of our bioengineering program and the Institute for Bioengineering and Bioscience. Having seen the sustained impact that he has had on students from K-12 (Project Engages) through graduate students, he is a remarkable educator who I feel is well deserving of this award.”

“He remains on my short list of speakers because I resonate so strongly with his approach — very deep technical skills, outstanding problem definition, and tremendous colleague in service and collegiality. He is also a terrific mentor, and his former lab members are stars. He cares about doing great science and teaching people what he learned. Andrés García is a gem at Georgia Tech, and as an alum I hope you can keep him there — he is doing some of the best biology on campus and is a superb attractor of the best students from MIT.”

“The lab around Professor García performs research at a unique broadness and depth. His remarkable combination of professional and personal skills is the key for his success and makes him a highly estimated collaboration partner for other scientists across disciplines and continents. He is the most invited American scientist at plenary lectures in European conferences on biomaterials. This is not only due to the high quality of his work, but also to his ability as a communicator and active discussion partner, his openness to address new topics in collaboration, and his passion for science and education that truly inspires and motivates young researchers.”

“The five years that I spent in Andrés’ lab were transformative for me, and the influence of that experience is difficult to put into words. Andrés taught me many things — how to be a scientist; how to develop creative and impactful ideas; how to execute on those ideas; how to write; how to present, etc. But more important than all the technical aspects of what I learned from Andrés, I learned from him who I wanted to be. Most of my professional life, and much of my personal life, is modeled after what I have learned from watching Andrés as a professor, colleague, friend, father, and husband.” 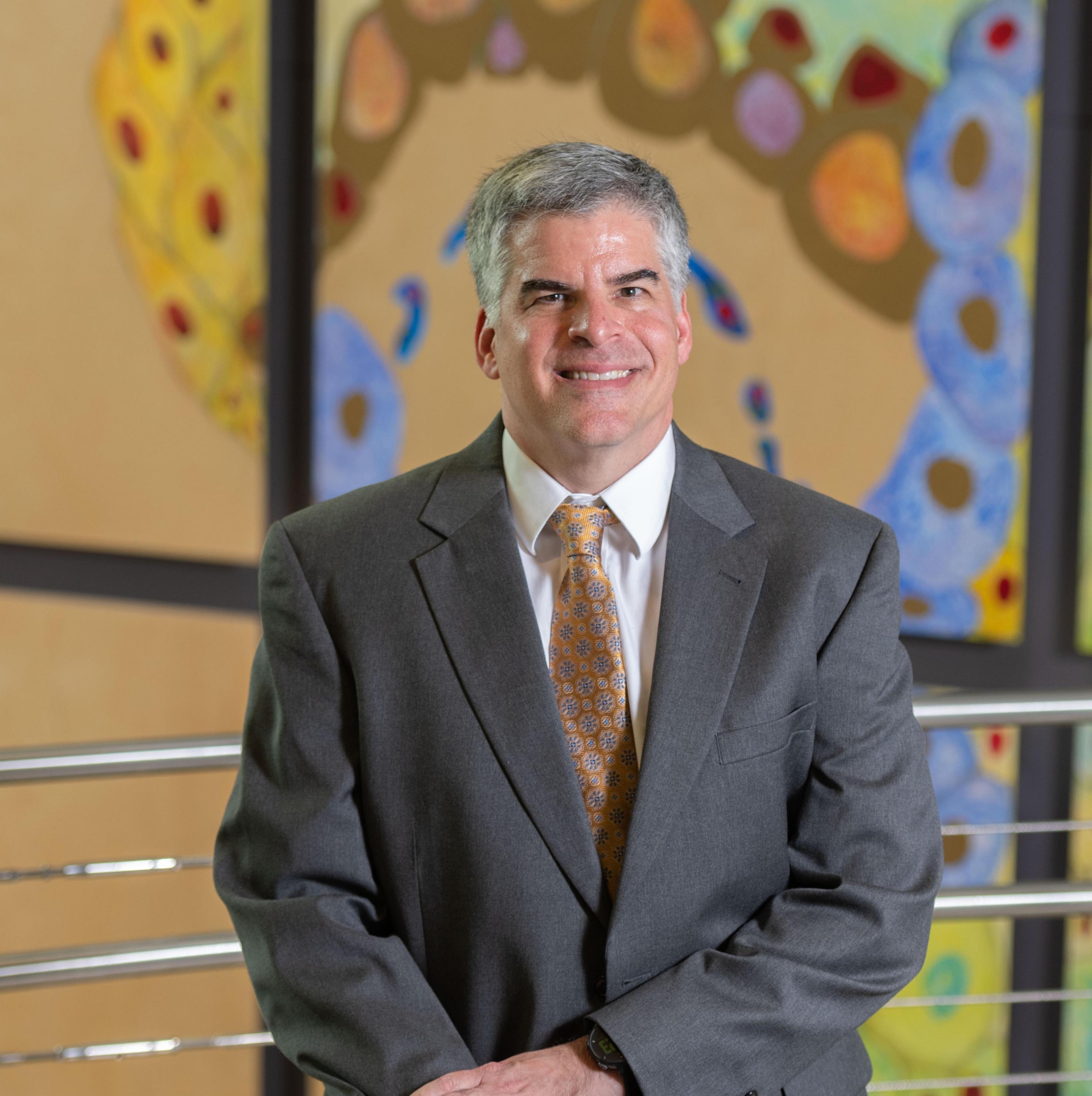