Caleb Anderson realizes his dream of being a student at Georgia Tech at just 13 years old.

Caleb Anderson stunned the world when his family shared a now viral story highlighting just how gifted he was — reading the U.S. Constitution at the age of 2 and starting high school at just 10.

His brilliance caught the attention of admissions offices at colleges around the country. When asked about his future, he was clear that his dream school was Georgia Tech where he’d hope to major in aerospace engineering. Anderson was accepted to Georgia Tech in Spring 2021.

A dream realized, on Monday, he was among the thousands of students welcomed to Georgia Tech’s campus for the first day of fall classes. While most 13 year olds are starting middle school, Anderson started his first day as a sophomore with an integral calculus class.

When asked about his first day, Anderson said, “It was pretty interesting.” He also admitted that he’d underestimated how large the campus is, calling it “massive.” Despite the size, he says he did feel at home on campus. He shared that as the day of classes went on, his nerves subsided, and he was excited to be starting this journey. “This is the kind of school I have been wanting to go to for a very long time, and I am finally here,” he added.

His parents, Kobi and Claire Anderson, were right by his side for his first day. He jokingly referred to his dad as his “chauffeur.” The Andersons beamed with pride about the experience but also expressed that it was unnerving. “Have we prepared him enough?” his mother questioned. “Have we taught him enough about failure?”

But his father says, “He’s willing to be stretched. He knows how to get back from a punch … and continues to strive.”

Anderson is the youngest student on Georgia Tech’s campus, and he doesn’t take that for granted. As a young African American boy, he understands the magnitude of being a positive and inspirational influence in his community. His mom hopes that by continuing to share his story that their family can help to “shift the perspective of what you see when you see a young Black man. This could be a future aerospace engineer.”

Despite garnering the world’s attention for being a genius, Anderson continues to lead with humility. He revealed it wasn’t until he was sitting in his second lecture class of the day that he thought to himself, “Wow, maybe I am advanced.”

When he’s not studying to be an engineer, he’s a normal teen that likes to sleep in — and, admittedly, procrastinates. He also says that some people believe that things come easily to him, but that is not the case.

“I am really proud of him, but I am really grateful to Georgia Tech for opening a door of opportunity to a student like Caleb,” said his mom.

While on campus, Anderson is hoping to join clubs like the Ramblin’ Rocket Club. His long-term goals include earning a master’s degree from Georgia Tech, pursuing a career at SpaceX, and starting his own company. His top goal is to pay it forward, saying, “I want to help others that may just need nurturing and resources.” 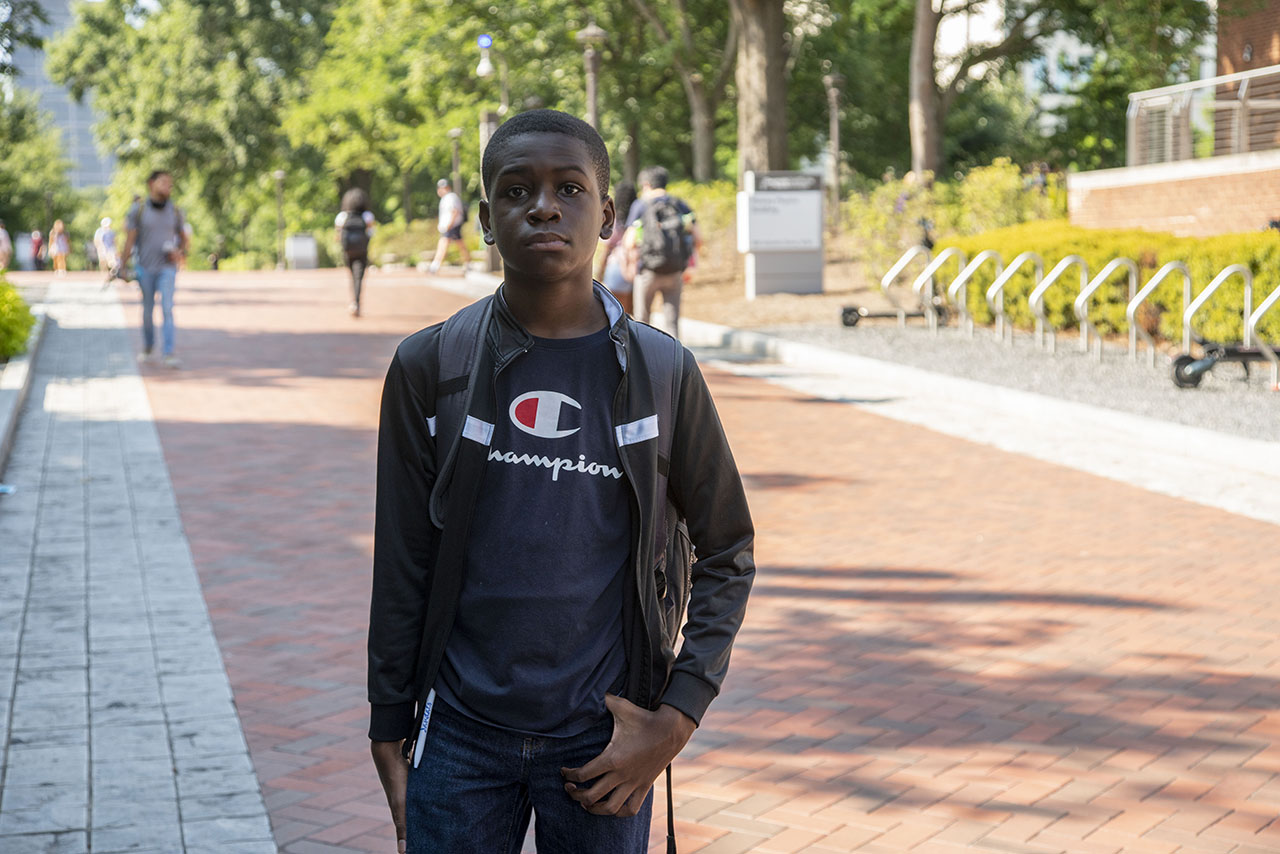