Tech placed first out of organizations with 2,000 or more staff. 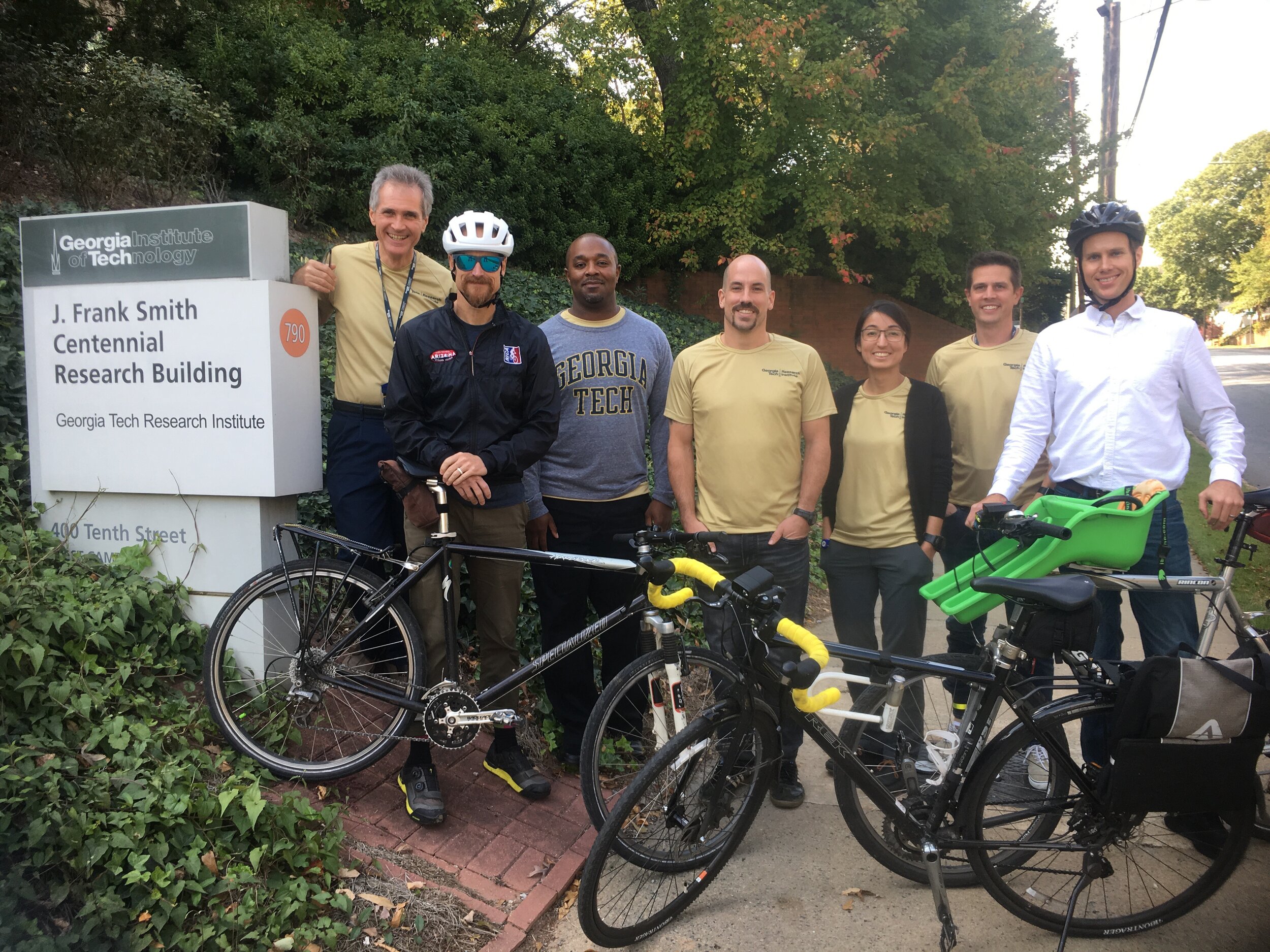 Georgia Tech teams captured the top two prizes in the Atlanta Bike Challenge. GTRI’s Thighs won first place, and ISyE Crew won second place. Tech also captured first place among workplaces with more than 2,000 employees. In the challenge, riders form teams and compete against other workplaces for who can log the most miles and get new cyclists to join.

GTRI’s Thighs’ first place win brought the top trophy back to campus for the first time since 2019. In 2020, GTRI’s Thighs lost to the Centers for Disease Control and Prevention by just 5 points. Georgia Tech, with three of the top five teams in the challenge (GTRI’s Thighs, ISyE Crew, and Vicious Cycles), was the top organization competing. Atlanta was second in the U.S., behind Portland, Oregon.

“The state of Georgia came in fifth in the nation,” said team member Joshua Forester, who works in the CIPHER lab. “Not bad considering we are competing with California, Texas, and Florida, which are in a different population category.”