The AAAS Fellowship Rosette symbolizes the honor that AAAS bestows upon its members whose efforts on behalf of the advancement of science or its applications in service to society have distinguished them among their peers.

The American Association for the Advancement of Science (AAAS) has elected three faculty from Georgia Tech and Emory University to the newest class of AAAS Fellows, one of the highest distinctions in the scientific community:

The 2021 class of AAAS Fellows includes 564 scientists, engineers, and innovators spanning 24 scientific disciplines who are being recognized for their scientifically and socially distinguished achievements. AAAS is the world’s largest general scientific society and publisher of the Science family of journals.

Tech’s trio of honorees lead a spectrum of global research spanning climate variability and trends to theoretical physics to atherosclerosis.

Geology & Geography | For distinguished service to the field of paleoclimatology and in outreach and education to foster a new generation of earth scientists who are engaged with the real world.

“As a climate scientist,” Cobb shares, “it’s thrilling to uncover some of Earth’s longest held secrets. In that way, our research has always been its own reward to me. But this honor is special, and a true testament to the outsized contributions of our team’s research faculty, students, and staff.”

The mission of Cobb’s research is to uncover the mechanisms of global climate change — both natural and anthropogenic — to inform regional projections of future climate change.

More recently, her research has included the study of climate extremes in Georgia, with the aim of bolstering community resilience to climate change impacts.

As historically marginalized communities are most vulnerable to such impacts, Cobb explains, she works with a large team of colleagues and students that includes social scientists, as well as local officials and community organizations. Her AAAS Fellow citation recognizes her sustained efforts in communicating climate science to policymakers and the general public.

Jo’s research focuses on better understanding atherosclerosis, a buildup of artery-clogging fats and cholesterol that can lead to heart attacks and strokes.

“I am deeply honored and humbled to be elected as an AAAS Fellow,” shares Jo. “This election recognizes my lifetime contribution to vascular mechanobiology and atherosclerosis by a distinguished group of AAAS Fellows, who are themselves accomplished leaders in broad [science, technology, engineering, and mathematics] fields.”

Physics | For seminal contributions to superconductivity and superfluidity, particularly the crossover from BCS (Bardeen–Cooper–Schrieffer) superconductivity to Bose-Einstein condensation in ultra-cold atoms, and for communicating these advances to students and the public.

“I strongly encourage my students to be broad, deep and creative,” he shares. “Breadth of knowledge is very important in today's physics job market, as is expert (deep) knowledge in a particular area.” But most of all, he adds, it’s “the development of new directions, never explored before” comprising the dominant component of his research.

“I am very thankful to the colleagues that have nominated me for such a recognition — to my students and postdocs for their collaboration,” Sa de Melo says, “and to the AAAS Council for electing me to the rank of Fellow for contributions to theoretical physics in the fields of superconductivity and superfluidity.”

“AAAS is proud to bestow the honor of AAAS Fellow to some of today’s brightest minds who are integral to forging our path into the future,” says Dr. Sudip Parikh, AAAS chief executive officer and Science executive publisher. “We celebrate these distinguished individuals for their invaluable contributions to the scientific enterprise.”

This tradition stretches back to 1874. AAAS Fellows are a “distinguished cadre of scientists, engineers, and innovators who have been recognized for their achievements across disciplines ranging from research, teaching, and technology, to administration in academia, industry, and government, to excellence in communicating and interpreting science to the public.”

AAAS members achieve the rank of Fellow through a rigorous annual nomination and selection process. Cobb, Jo, and Sa de Melo join more than 90 faculty from Georgia Tech faculty elected as Fellows since 1954, including Kaye Husbands Fealing, dean of the Ivan Allen College of Liberal Arts, who also serves on the AAAS Executive Board — along with several fellow Georgia Tech faculty inducted as AAAS members, including Susan Lozier, dean of the College of Sciences and Betsy Middleton and John Clark Sutherland Chair.

The new class of Fellows will receive an official certificate and a gold and blue rosette pin to commemorate their election (representing science and engineering, respectively) and will be celebrated at an AAAS commemoration later this year. The cohort is also featured in the AAAS News & Notes section of Science for January 2022.

The American Association for the Advancement of Science (AAAS) is the world’s largest general scientific society and publisher of the journal Science, as well as Science Translational Medicine; Science Signaling; a digital, open-access journal, Science Advances; Science Immunology; and Science Robotics. AAAS was founded in 1848 and includes more than 250 affiliated societies and academies of science, serving 10 million individuals. The nonprofit AAAS is open to all and fulfills its mission to “advance science and serve society” through initiatives in science policy, international programs, science education, public engagement, and more. For additional information about AAAS, visit www.aaas.org. 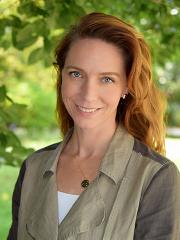 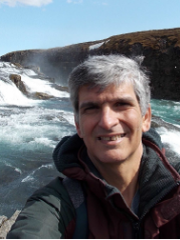 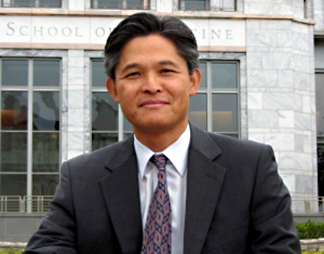