If you’ve been around Georgia Tech’s campus, you’re likely to run into plenty of people with big ideas. And chances are they’re figuring out exactly how to make those big ideas a reality. So what happens when Tech students get an idea to break a world record? They get to work.

“It was one of those ideas that comes to you and in hindsight you can’t remember how you got it,” said record organizer and physics major Ashleigh Henning.

Henning is a member of SEE(k) D(iscomfort), or SEED, a first-year leadership organization dedicated to helping members develop their leadership and personal potential through unique, once-in-a-lifetime experiences that challenge their perceived limitations.

Henning says the group wanted to engage students with campus in a hands-on way, and that’s where hopscotch came into play.

The student organizers drew up plans for a 4.2-mile course across all corners of Georgia Tech’s campus — and in true Tech fashion there was an element of engineering ingenuity that brought this record attempt to fruition.

Henning helped lead the design and construction of stamps that could be used to mark the course quickly. The stamps were dipped in a cornstarch and water solution that allowed the chalky squares to be applied to sidewalks quickly and efficiently.

“We love solving problems,” Henning explained. She says it was the stamps that really made this attempt possible.

Organizers had been in contact with officials from Guinness World Records since October, when the idea came about, and there were some rules they’d need to follow to break the previous record. The course would have to be drawn completely before anyone could begin traversing it. The competitors would have to hop the entire course, and it would need to be filmed.

Check, check, and check. Henning says the students who ended up hopping the course — many of them distance runners or elite athletes — felt like this might be harder than a 10K because of the hopping. She helped optimize hoppers’ movement, so they could hit every square while saving their energy to complete the entire course.

Now the team is waiting for verification from Guinness that the world record has been officially broken. That could take a few days or weeks, but all signs are pointing to success. And as Henning noted, “I want to encourage people who might have a big idea — it’s very possible at Tech.” 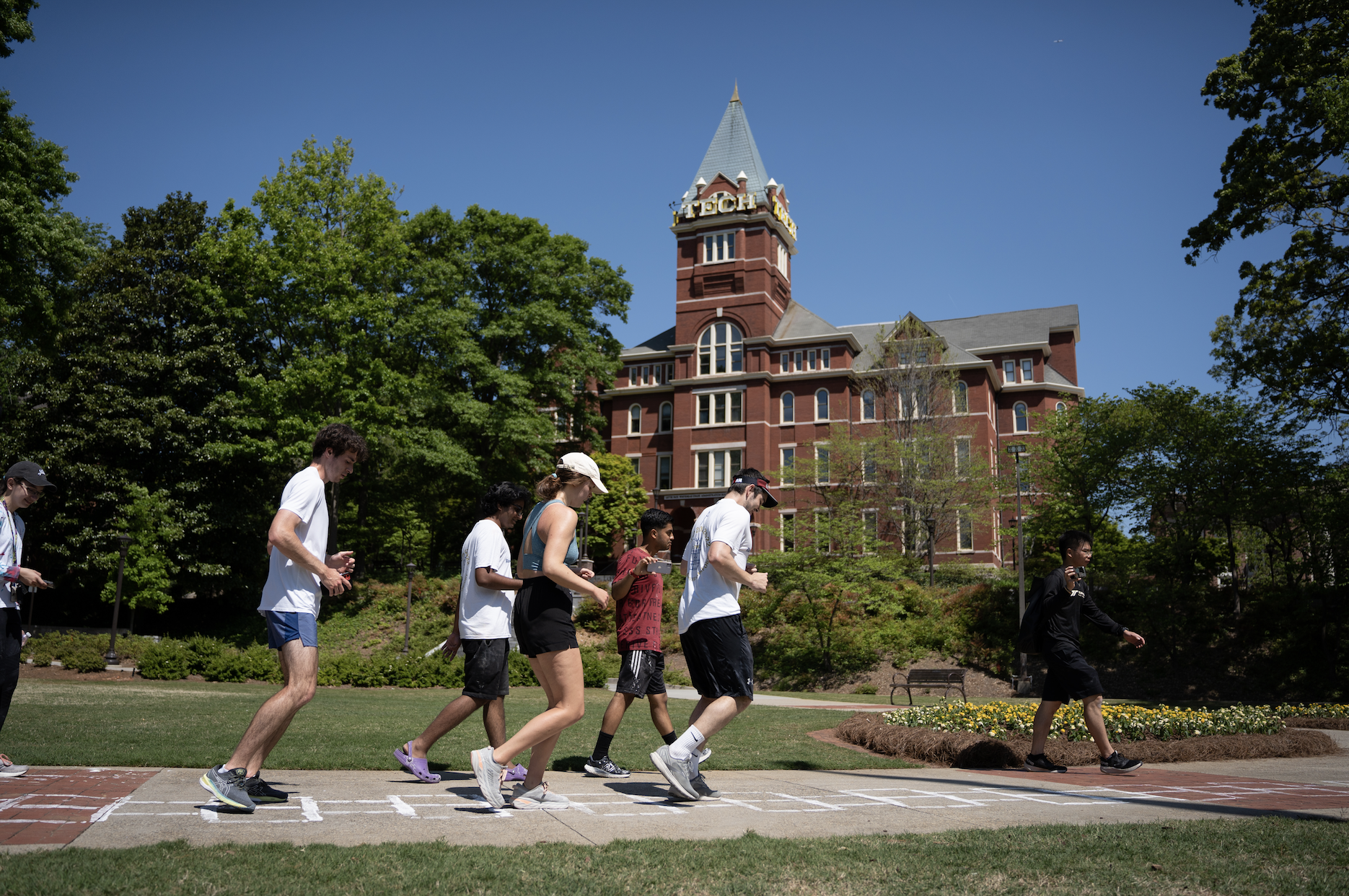 The 4.2-mile course stretched across Georgia Tech's entire campus and was drawn with some efficient engineering ingenuity.