A Cap, a Gown, and an Army Commission

The day before Commencement, Margaret O'Neal is commissioning into the Army. 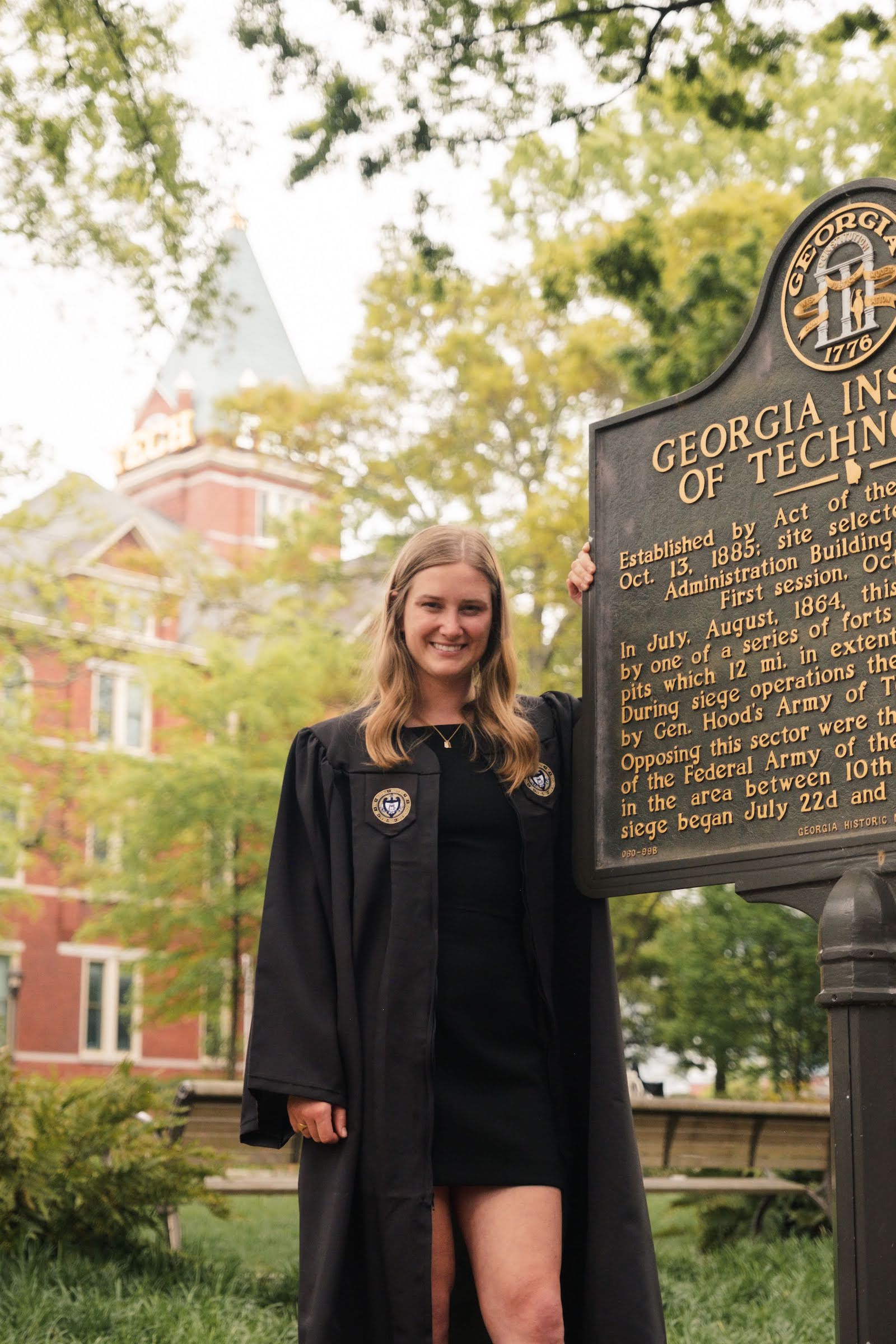 Margaret O'Neal is graduating with a bachelor's degree in industrial and systems engineering.

Margaret O’Neal grew up in Marietta, Georgia, and often went to Georgia Tech basketball games. And although her uncle is an alumnus who spoke highly of the Institute, she didn’t see herself attending Tech initially. Now she’s graduating with a bachelor’s degree in industrial and systems engineering.

“I think I was overlooking it just because it’s close to home,” O’Neal said. “But when I visited, I thought, ‘This campus is awesome.’ The students I met were cool and doing really great things. Then I realized I could see myself wanting to be like that one day.”

Her uncle, Vernon O’Neal, graduated in 1979 with a degree in economics. Over the years he has been active on the advisory boards of the School of Economics and the Ivan Allen College of Liberal Arts. Margaret took a different path.

“I chose industrial engineering because it’s very versatile and you can go into any direction career wise. It teaches you how to think critically and logically and how to solve problems,” said O’Neal, whose concentration is economics and financial systems. She studied supply chains and logistics and finds it interesting that supply chains are now a popular topic of conversation.

“I don’t think people really thought about supply chains until the store shelves were empty or they couldn’t get their package at their door in two days,” she said. “But after they were inconvenienced, they became curious about the factors that go into product delivery. I think it will boost awareness of the field.”

The day before graduation, O’Neal is commissioning into the Army as a second lieutenant in the first brigade combat team in the 82nd Airborne Division at Fort Bragg, North Carolina. “My job is supply chain/logistics oriented, so I’ll be using my major. And I’ll get to jump out of airplanes.”

What she will miss most about Georgia Tech includes football games, proximity to friends, and her sorority, Alpha Delta Pi, where she was on the executive board for a year.

“I joined the sorority in my first year and it was nice to be immediately surrounded by a bunch of girls who were like-minded and wanted to do well at Georgia Tech,” she said.

Her advice to current students is, “Do not compare yourself to others. Do the best you can. And find out how to do what you love every day.”

Joining her to celebrate Commencement will be her parents, grandmother, two older brothers, and her sister-in-law. 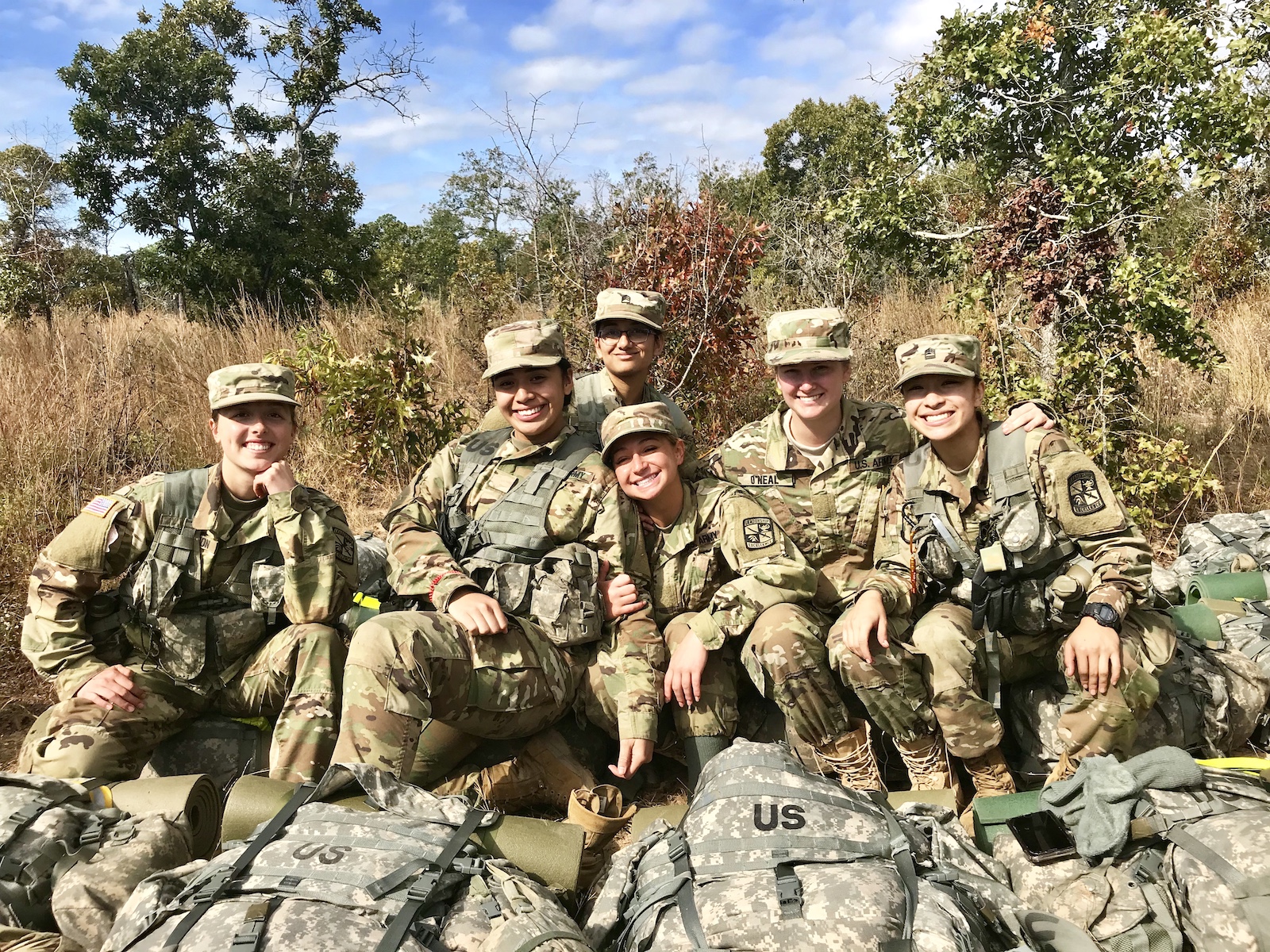 O’Neal (second from the right) is commissioning into the Army as a second lieutenant in the first brigade combat team in the 82nd Airborne Division at Fort Bragg, North Carolina. 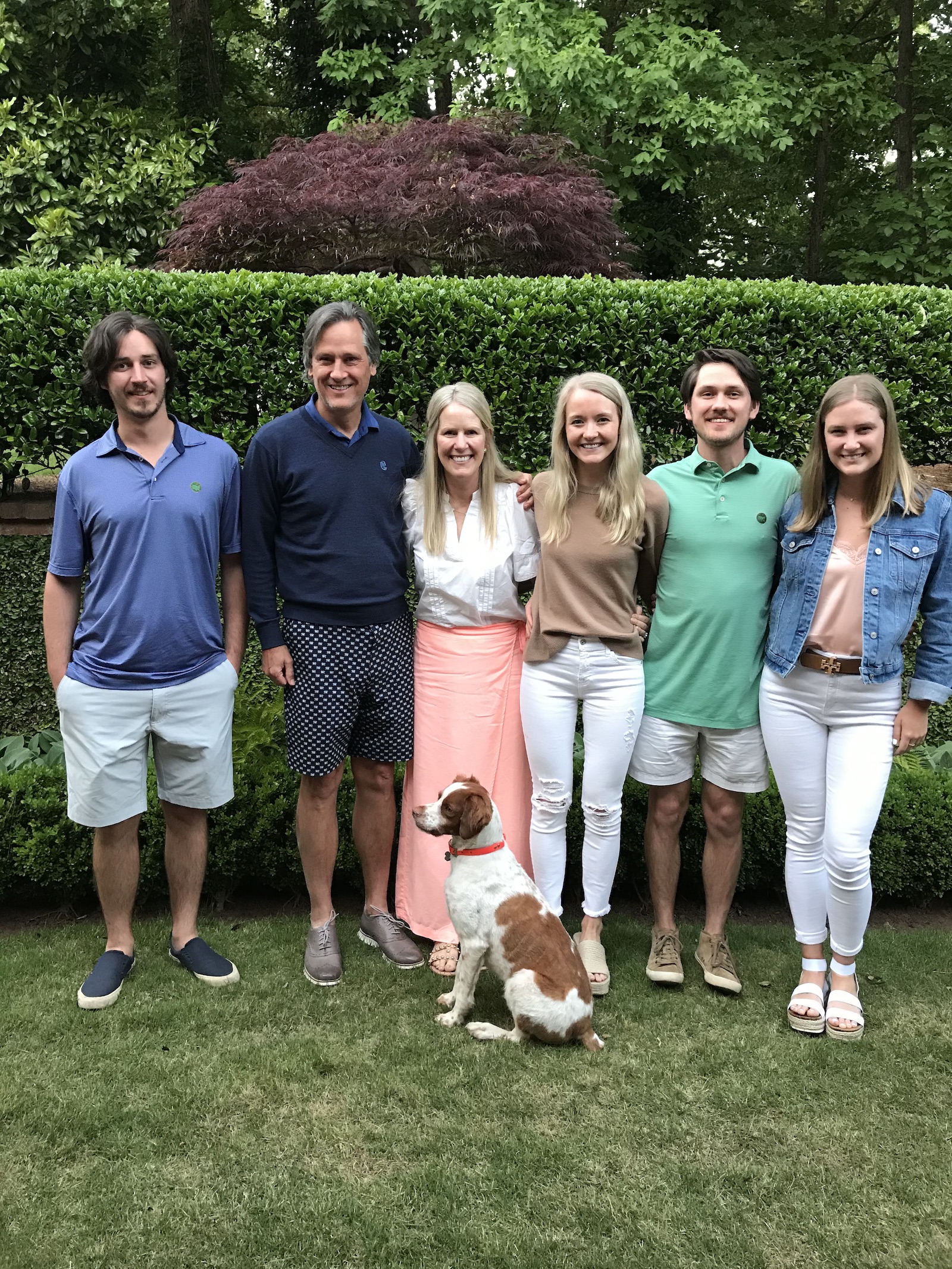 Margaret O'Neal is pictured with her family. Joining her to celebrate Commencement will be her parents, grandmother, two older brothers, and her sister-in-law. 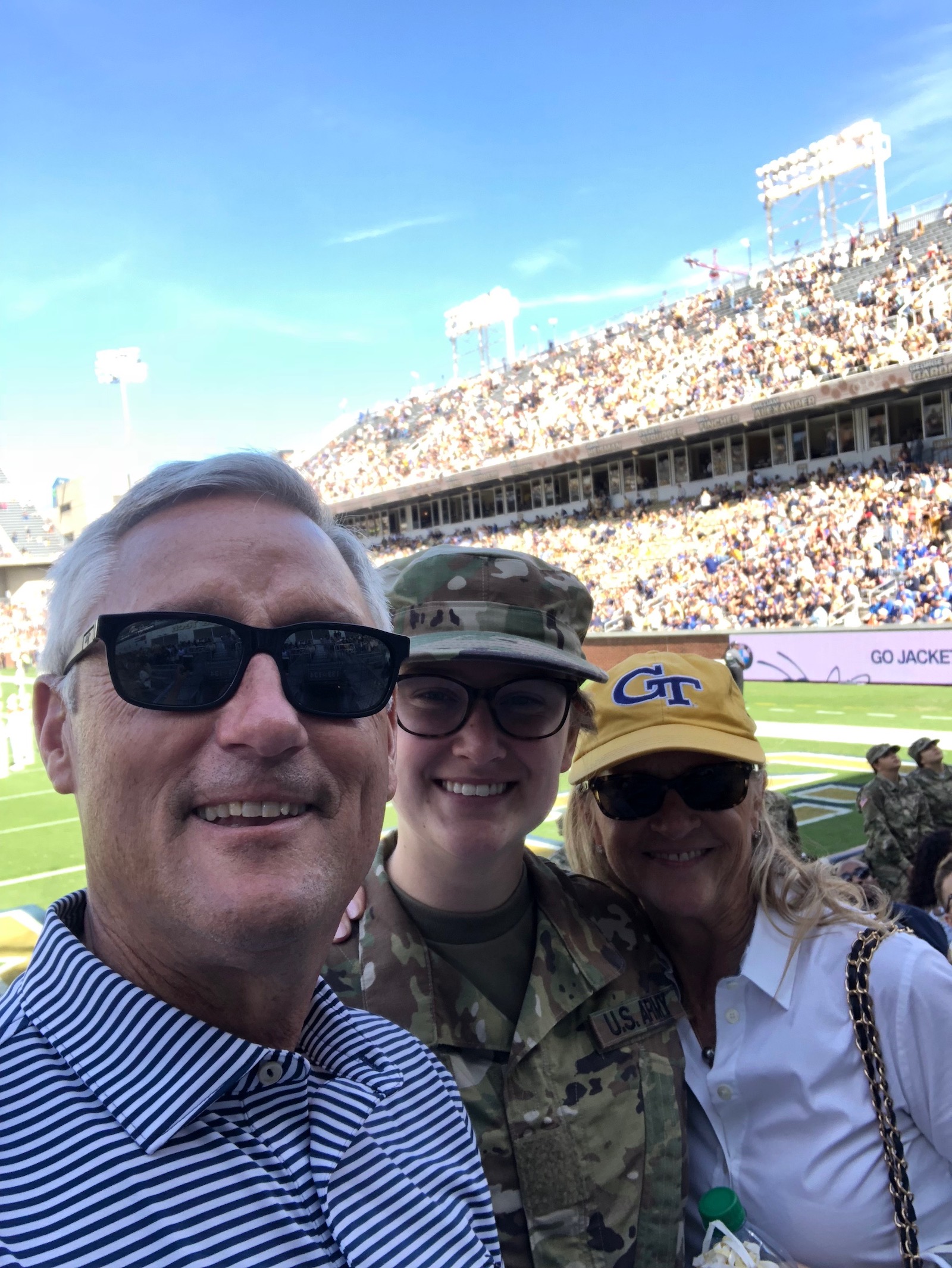 Margaret O'Neal is joined by her Uncle Vernon and Aunt Valerie at a Tech game.