Ossoff hosted a roundtable discussion at Tech to explore the potential for a hydrogen hub in the Southeast. 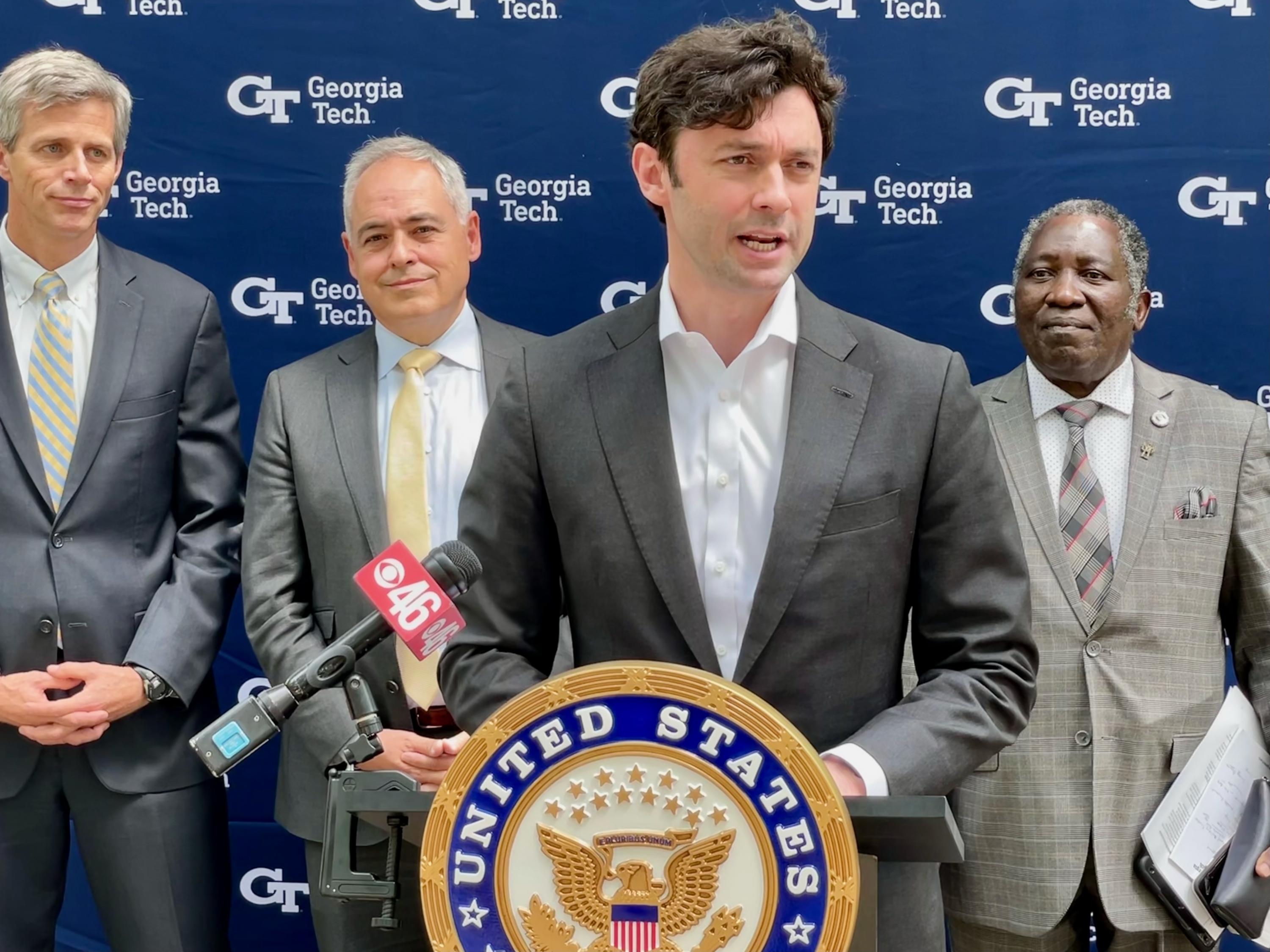 Georgia U.S. Sen. Jon Ossoff visited Georgia Tech’s campus on Friday, April 29. His stop at Tech brought major stakeholders in Georgia together in a roundtable discussion to explore the potential for a hydrogen hub in the Southeast.

The Biden administration regards clean hydrogen as a critical component in a plan to transition the American energy infrastructure toward net-zero carbon emissions by 2050. The Bipartisan Infrastructure Law includes $8 billion to establish regional hydrogen hubs that will conduct the research and development necessary to make hydrogen a viable, cost-effective, and clean energy carrier.

Sen. Ossoff has been a vocal supporter of clean and renewable energy initiatives and spoke during the roundtable discussion on the possibilities of the state of Georgia being an early adopter in the emerging clean energy market.

Hydrogen is one of Georgia Tech’s strategic research initiatives, and the Strategic Energy Institute, led by Tech Professor Timothy Lieuwen, has been very instrumental in coordinating the energy research community, which is active in hydrogen-related research.

Ossoff said that in hosting this event at Georgia Tech, he hopes to position the state of Georgia and Georgia Tech as key players in the receipt of federal funds to help accelerate the Biden administration’s goal of using hydrogen as a clean energy carrier rather than relying on expensive technology.

“Exciting opportunities in hydrogen energy are coming to Georgia,” said Ossoff. “This is a vital energy source as we continue to reduce pollution and move toward clean energy.”