An honorary doctorate is the most significant honor a university can bestow on an individual. 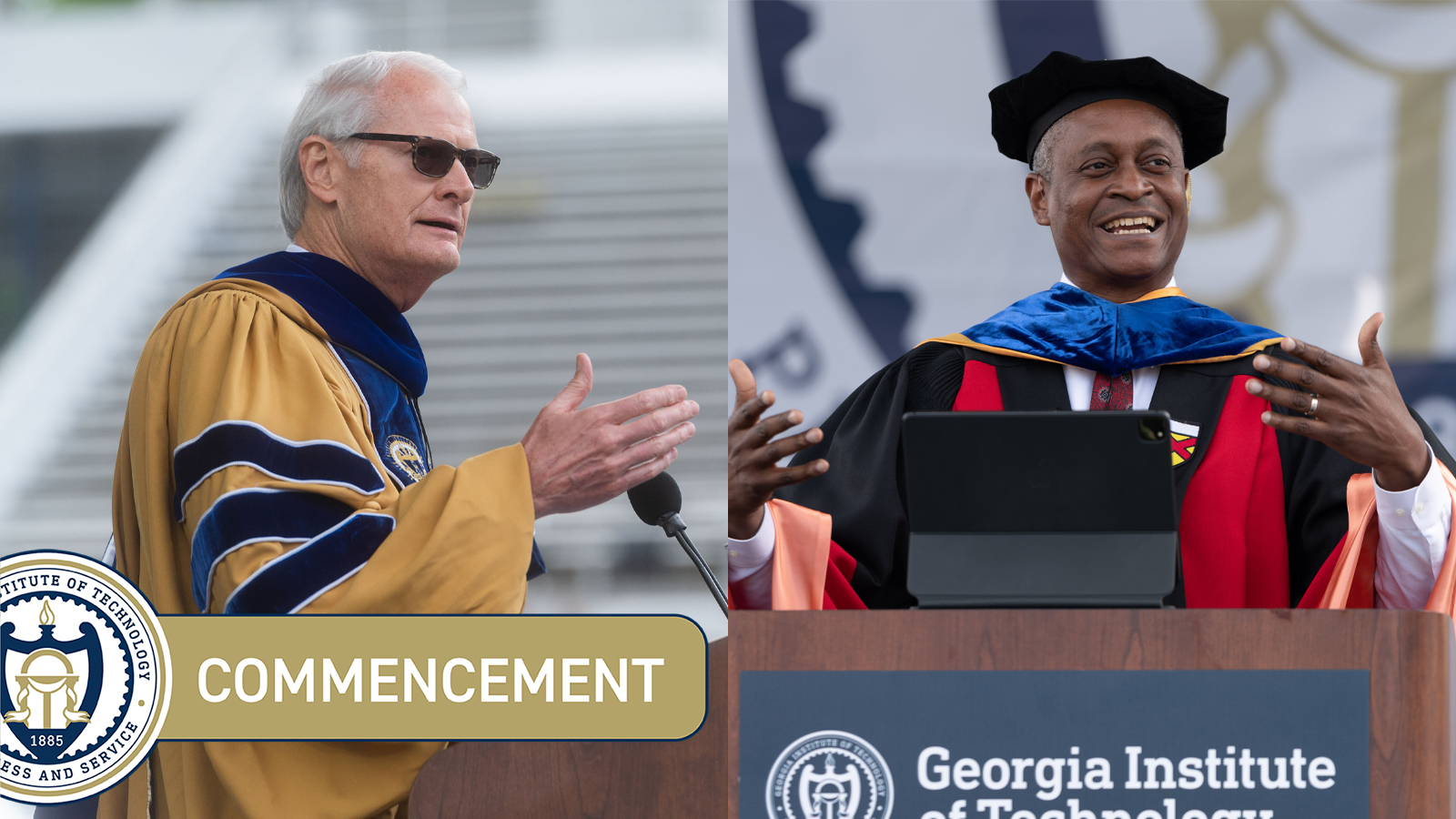 Amid the festivities of Spring 2022 Commencement at Georgia Tech, two leaders were honored with honorary degrees from the Institute. An honorary doctorate is the most significant honor a university can bestow on an individual.

Richard “Dick” Bergmark is a 1975 industrial management graduate who has demonstrated a deep commitment to Georgia Tech. He was awarded an honorary degree during the afternoon bachelor’s ceremony on Saturday, May 7.

“I’m a little bit speechless about this,” Bergmark said. His remarks focused on how generosity can improve the lives of others, and encouraged graduates to thank those whose generosity helped them get to their graduation day. “Many of us probably wouldn’t be here if it weren’t for the generosity of other people. Share this moment of achievement with your supporters.”

While working in London, he was fortunate to be involved in a management-led buyout of a small, unprofitable division of a Fortune 100 technology conglomerate. In his role as the chief financial officer of this geological research laboratory, he led the company’s IPO on NASDAQ, then later moved the listing to the New York Stock Exchange followed by a dual listing on the Amsterdam Euronext Stock Exchange. Under his leadership, the company grew substantially, with laboratories and operations in more than 50 countries and over 5,000 employees. He also holds an MBA from the University of Oklahoma and was a certified public accountant in Texas.

Today, Bergmark enjoys mentoring students on career development decisions as well as serving as an advisor to a STEM-related educational foundation. He stays engaged with Georgia Tech as an emeritus trustee of the Georgia Tech Foundation, chair of the Scheller College of Business advisory board, and member of the Alexander-Tharpe board of directors.

During his time in London he met Toni, his wife of more than 28 years. They reside in Houston, Texas.

Raphael Bostic, president and chief executive officer of the Federal Reserve Bank of Atlanta, was awarded an honorary degree during the master’s ceremony on Friday, May 6, in recognition of his role as a valued friend of Georgia Tech.

Bostic has engaged students, faculty, and staff at Georgia Tech through ongoing partnerships and research conversations related to economic policy, city design, economic mobility, and sustainable futures for Atlanta, Georgia, and beyond.

“You don’t get these every day, and it’s really a day of pride for me,” Bostic said. He was a professor for more than 15 years, and talked about why Commencement was always his favorite day on campus. “It’s the one day and the only day of the year, when everyone – students, parents, professors, instructors – is happy. Thank you for letting me share this time with you. 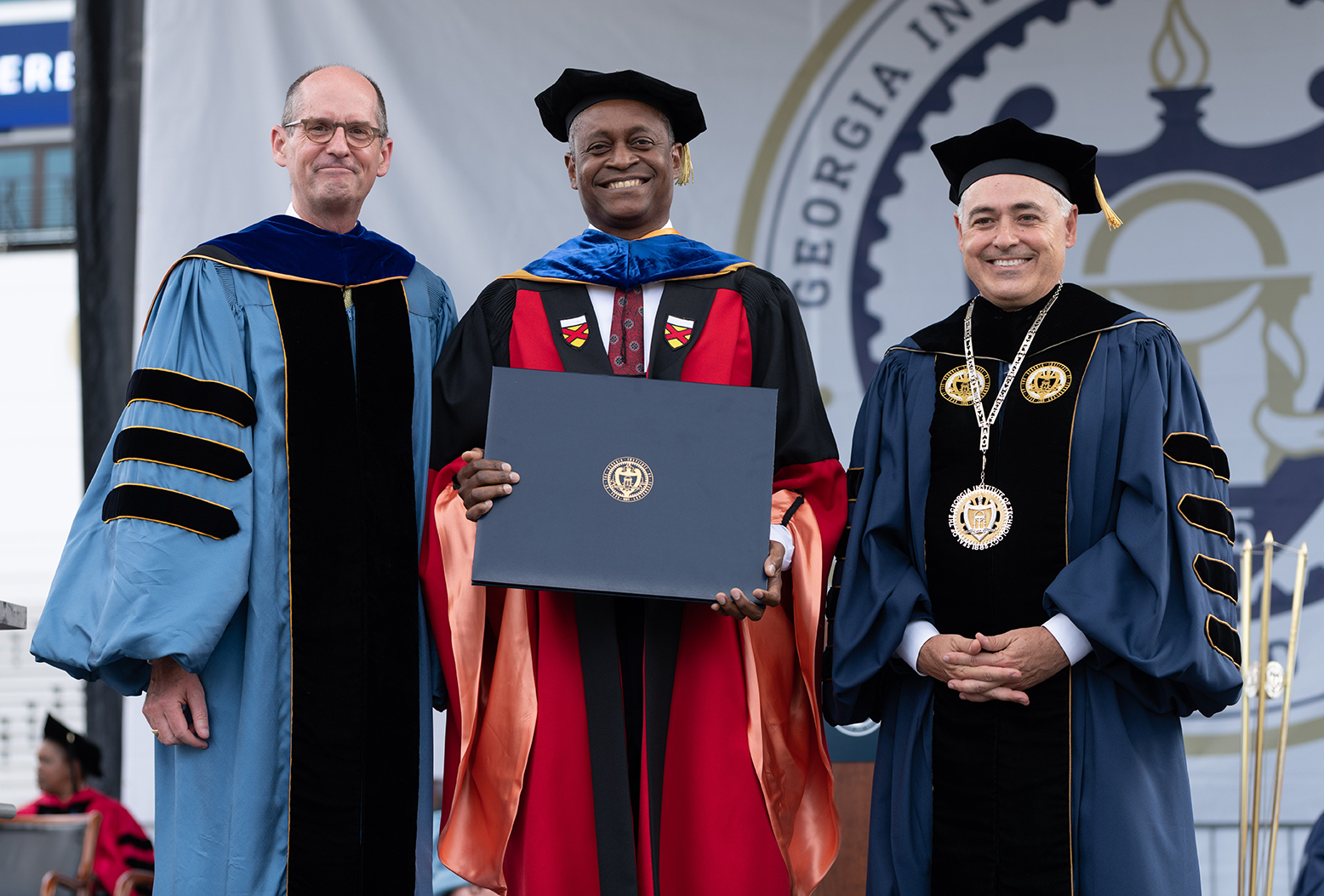 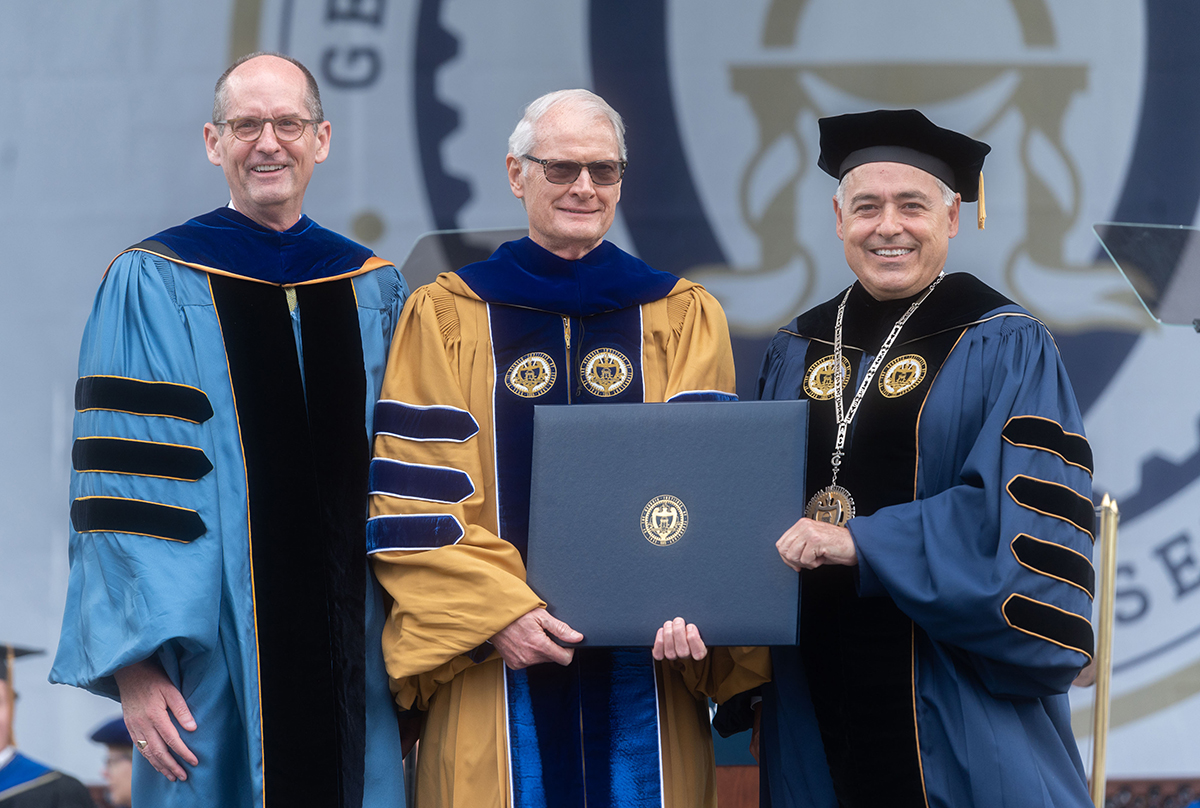 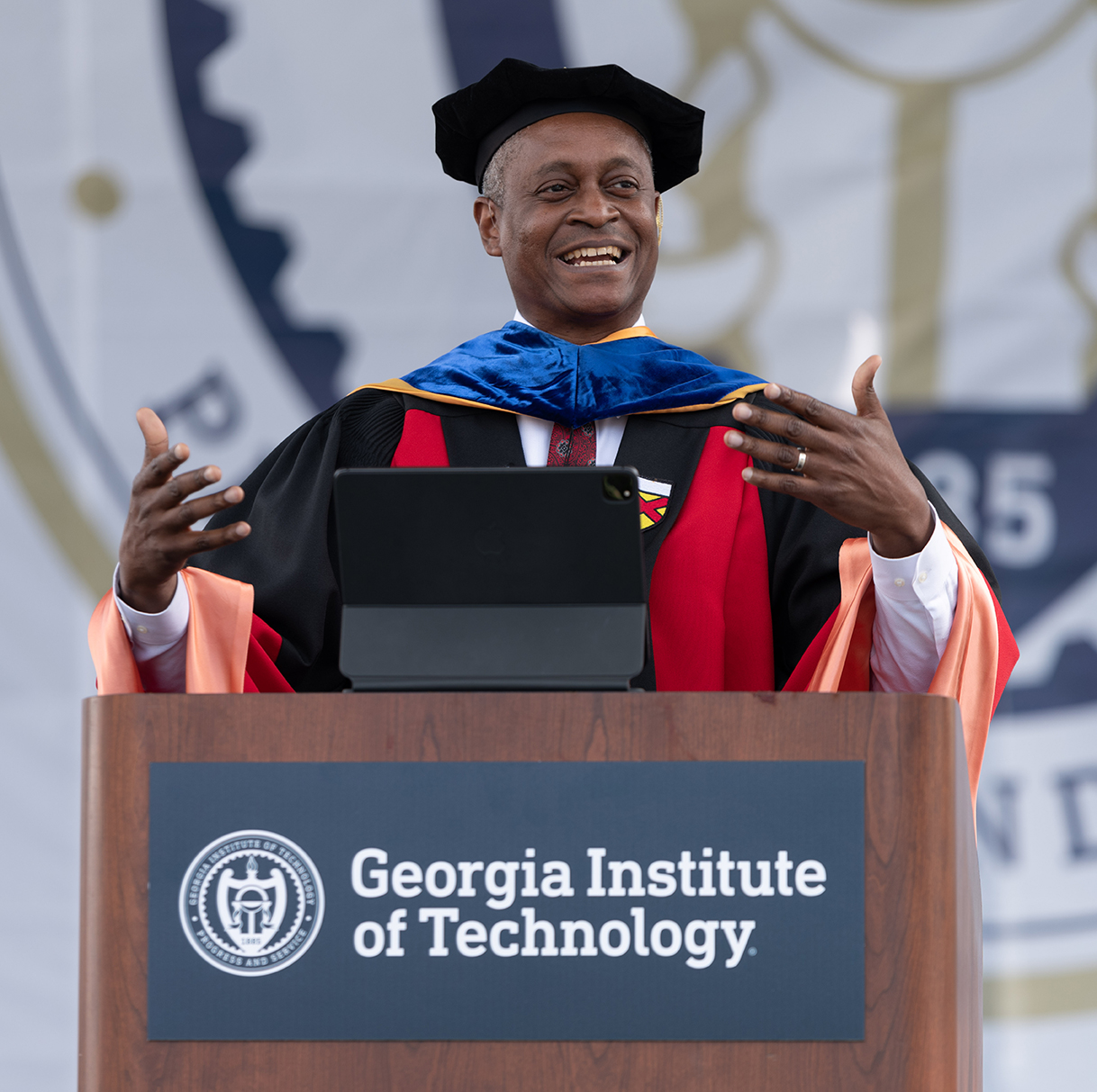 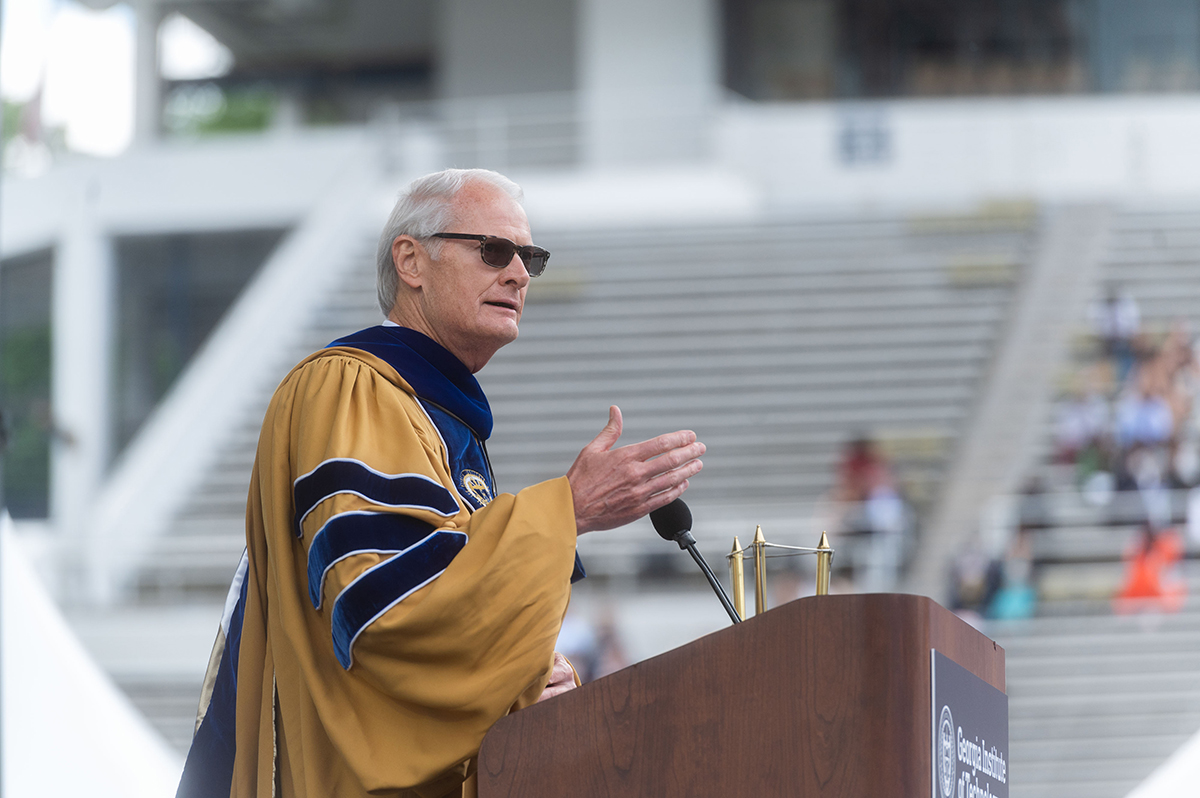