A break in the baby formula supply chain 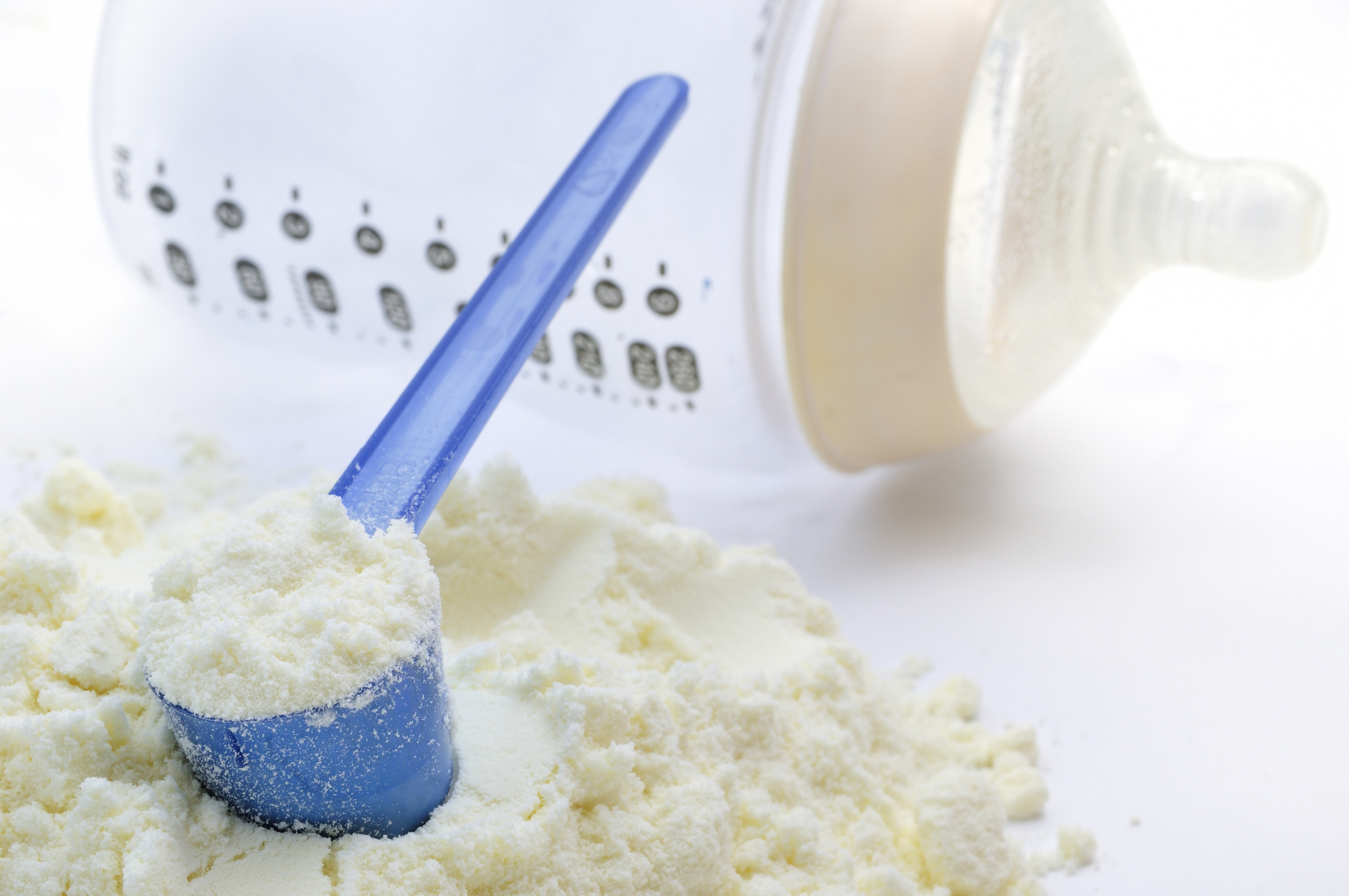 A national shortage has parents and families across the country struggling to feed newborns as store shelves have been left bare of baby formula products – including many brands critical to young children with specific vulnerabilities.

A national shortage has parents and families across the country struggling to feed newborns as store shelves have been left bare of baby formula products – including many brands critical to young children with specific vulnerabilities. Retailers are having to ration their supplies, some parents have resorted to shipping in formula from overseas, and social media sites have been used to crowdsource goods to be shipped to parents nervous about where their children’s next meal might come from.

Georgia Tech economics expert Tibor Besedes says it has been a perfect storm of issues to create this stress-inducing situation.

“Like many other industries, the formula producers have faced supply chain issues with respect to ingredients and containers. Waves of Covid-19 infections have affected their workforce and how much formula they can produce,” explained Besedes.

The final straw that may have led to this nationwide shortage: an Abbott production shutdown in February 2022 after several babies were sickened and two died from bacterial infections connected to consuming baby formula from the Sturgis, Michigan facility. A recall followed, and that facility is believed to make at least 20% of all formula bought by consumers nationwide.

“The formula market has been highly concentrated for a long time,” explained Lindsay Rose Bullinger, Georgia Tech assistant professor of public policy. “Now we’re dealing with a crisis and it’s hard to be proactive.”

The overwhelming majority of those formula products are only made by four different companies, explains Wendy White, a nationally known food safety expert.

“Because infant formula is the sole source of nutrition and targeted at such a vulnerable population, it has extra regulations in the Infant Formula Act of 1980,” explains White.

This includes mandatory registration for any infant formula manufacturers and requirements for all formulation, processing details, and ingredient lists to be filed with the FDA.

The regulations are critical, according to Bullinger.

“We’re trying to make a product comparable to breast milk. Newborn children can’t digest many of the proteins in cow’s milk,” she explained.

Formula is developed by scientists in highly regulated environments for infants that are incredibly susceptible to sickness as their immune and digestive systems have just begun adapting to nourishment outside of the womb.

Diluted or homemade options do not provide the right balance of nutrients that infants need at the most critical time of their lives. Manufactured formulas are made in highly sterile environments to avoid harmful additions from getting into these mixtures.

“It’s incredibly hard to get that right in a home environment without introducing bacteria,” Bullinger said.

Those strict regulations also mean that possible scenarios to help alleviate this formula shortage have been complicated. Just shipping some in from another country? Not so fast.

“Foreign manufacturers need to obtain FDA approvals to begin exporting to the U.S. to make up the shortage,” said Besedes. “The FDA is now looking at manufacturers based in countries with similar regulations to expedite their approvals and increase shipments to the U.S.”

The first relief came from overseas within the past week – a shipment of about 70,000 pounds of formula. More foreign shipments are expected in the coming days, but the supply may only last for about a week as issues continue to compound.

“Once there was a recall and parents heard, they started stockpiling formula,” said White. The result is taking already short supplies and stretching them even thinner.

“The supply chain has to also deal with the unneeded bullwhip effect due to shortage gaming and hoarding behavior, making the situation even worse than what it should be,” says Operations Management Associate Professor Morvarid Rahmani.

White also says that 50% of the infant formula in America is purchased through government subsidies.

States who provide this assistance often sign exclusive contracts with one of these four formula manufacturers. Abbott carries the contract in nearly two-thirds of U.S. states – complicating the purchases for families with infants in those locations.

“Families in communities that are economically disenfranchised may be disproportionately affected,” explained Bullinger. “But even if you have the money, if you cannot buy formula how else are you supposed to feed an infant.”

Some of the most hard-to-find infant formulas are the specialized products developed for newborns with milk allergies or other digestive issues. There’s a special emphasis on sourcing those products for parents in need.

So how much longer could this shortage impact American consumers? At least a few weeks, Georgia Tech’s experts say.

“Abbott is estimating that it’ll take about two weeks to get production to resume but another 6-8 weeks to get formula back on supermarket shelves,” says White.

That means the closed facility should be open in late May with production back up to full speed sometime in August. Limited diversity in the market has left parents in a bind.

“A shortage could be alleviated by increasing output of other plants and manufacturers, which is being done, but it is difficult to replace an entire plant,” explained Besedes.

“Ramping up production has been difficult because of shortages in labor and ingredients as well as production scheduling challenges,” explained Rahmani.

Some desperate parents have had to resort to extreme measures. But pediatricians have said infants should only be fed formula or breast milk. Anything else is likely deficient. Using alternative feeding methods could lead to long-term problems.

“There is a risk that a shortage will mean babies will not be getting the nutrition they need to develop. That could lead to a range of health problems affecting their physical growth and brain development,” explained Senior Research Engineer Maureen Linden from Georgia Tech’s Center for Inclusive Design and Innovation.

“Consumers should listen to their pediatricians and other experts and follow their advice. Pediatricians may have available samples they can give out,” said Besedes.

They can also offer advice for alternative baby formula (to the one in shortage) which is available. Medical experts are strongly advising against diluting formula or trying to recreate it at home which could cause long-lasting damage.

“We may see a rise in the rate of developmental disabilities in the age group that is presently reliant on formula – those presently six months or less,” says Linden.

Nutrition is the most important thing in an infant’s life. It’s the number one priority – making sure we are feeding them and they are developing,” explained Bullinger.

That’s why infants often get so many checkups – to make sure they are growing and gaining weight. Proper nutrition is critical for that to happen.

In the meantime, consumers can take their own action. White says it’s worth trying to buy online or shopping around at different stores.

The federal government has relaxed regulations for SNAP and WIC recipients to be able to get products with increased flexibility.

The White House has also invoked the Defense Production Act which is aimed to help manufacturers ramp up output quickly.

“Those companies will have first dibs at materials and ingredients that are needed to make formula,” said Bullinger.

“This shortage should be temporary, as demand settles, and supply is replenished from the reopened Abbott plant and FDA-approved imports,” says White.

Regardless, Georgia Tech experts have said we should have seen this coming and could have been better prepared and quicker to act – particularly for the sake of the youngest among us.

“The FDA, Biden’s administration, and baby formula manufacturers have been slow in taking actions during the past few months to prevent that. This crisis could have been prevented by timely actions,” said Rahmani.

“Infants always get the short end of the stick. They can’t speak for themselves,” said Bullinger.

Experts in this story: