Caring for Animals; Serving Our Country 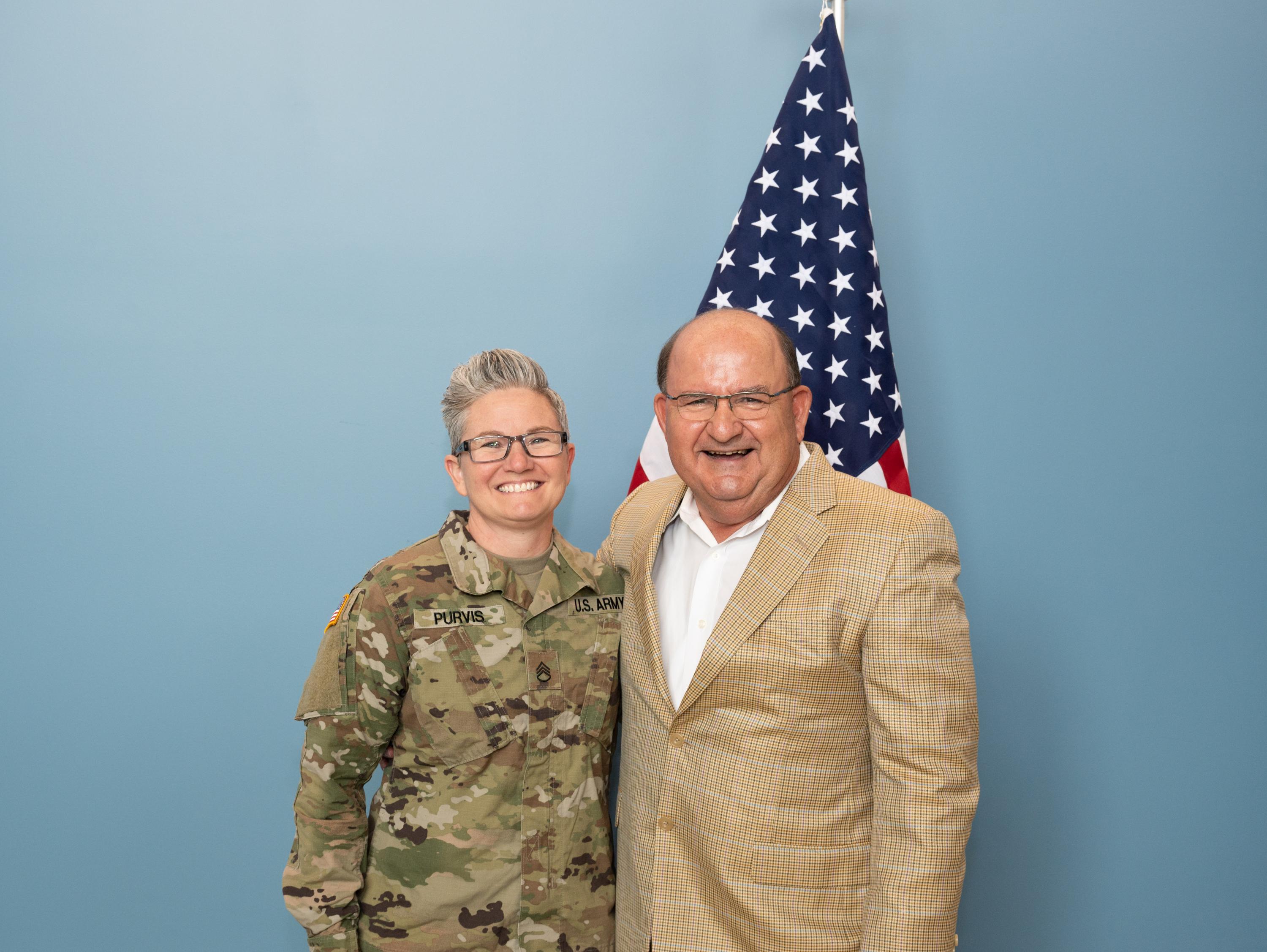 Purvis has worked at GCMI off and on since 2006. GCMI accelerates the development, testing, training, and commercialization of innovative medical products to improve quality-based outcomes and delivery of healthcare for patients.

“My re-enlistment with Ken was so special because it was not only a retired officer who swore me in, he is a friend and mentor,” Purvis said, explaining she first enlisted in the Army Reserve in 2007. This re-enlistment will take her into retirement.

Zielmanski was delighted to be asked to perform the ceremony. “She could go into any enlistment office and get that done,” he said. “I felt honored and privileged that she asked me.”

Purvis’s work for the Army is similar in scope to her duties at GCMI. “My MOS — military occupational specialty — in the Army is a 68T or animal care specialist,” she said. “It’s the equivalent of a veterinary technician on the civilian side. The main mission as a 68T in the Army is caring for the military working dogs.”

Her specialty is a rare one as the Army is the only branch of the military that has veterinarians and veterinary technicians. Purvis will also work with ceremonial animals, including horses, and participate in missions overseas to help manage animal herds.

“I know how she performs here as a vet tech,” Zielmanski said, “and she’s a very, very good vet tech. I think very highly of her. The only way you make the service good is to have good people in it. And she’s one of the best people that we have. I know she’s a benefit to the service.”

Her success both in the Army Reserve and at GCMI, is a testament to her character, said Sherry N. Farrugia, GCMI CEO.

“Trisha is held in high regard by her teammates, and embodies the Army’s values in everything she does,” Farrugia said. “She always fulfills her obligations, has respect for others, and does everything with honor, integrity, and courage.” 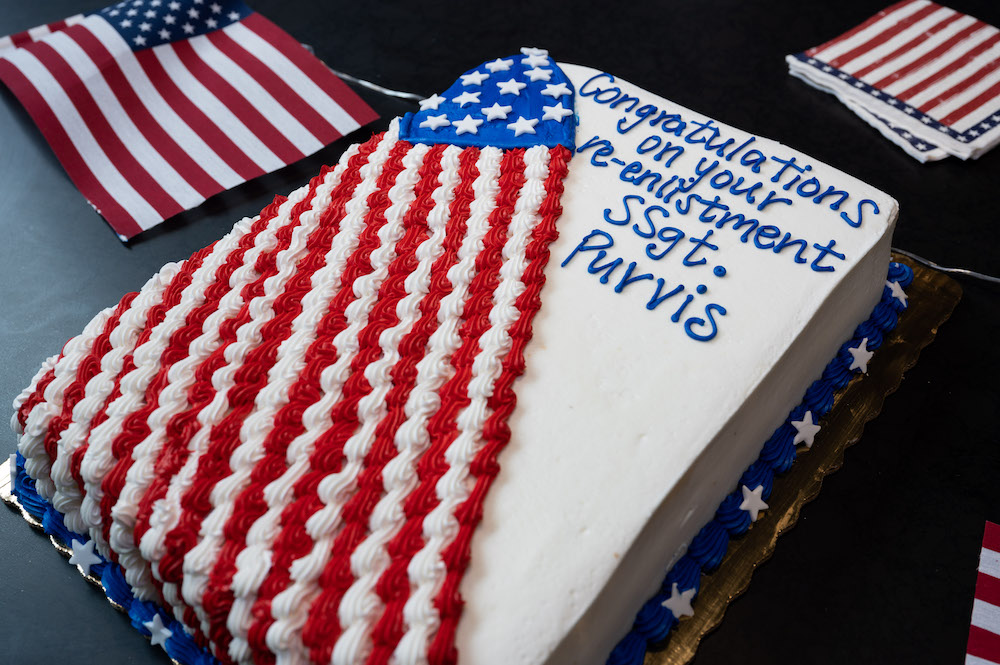