A new $65 million grant will develop and expand AI manufacturing and workforce development throughout Georgia. 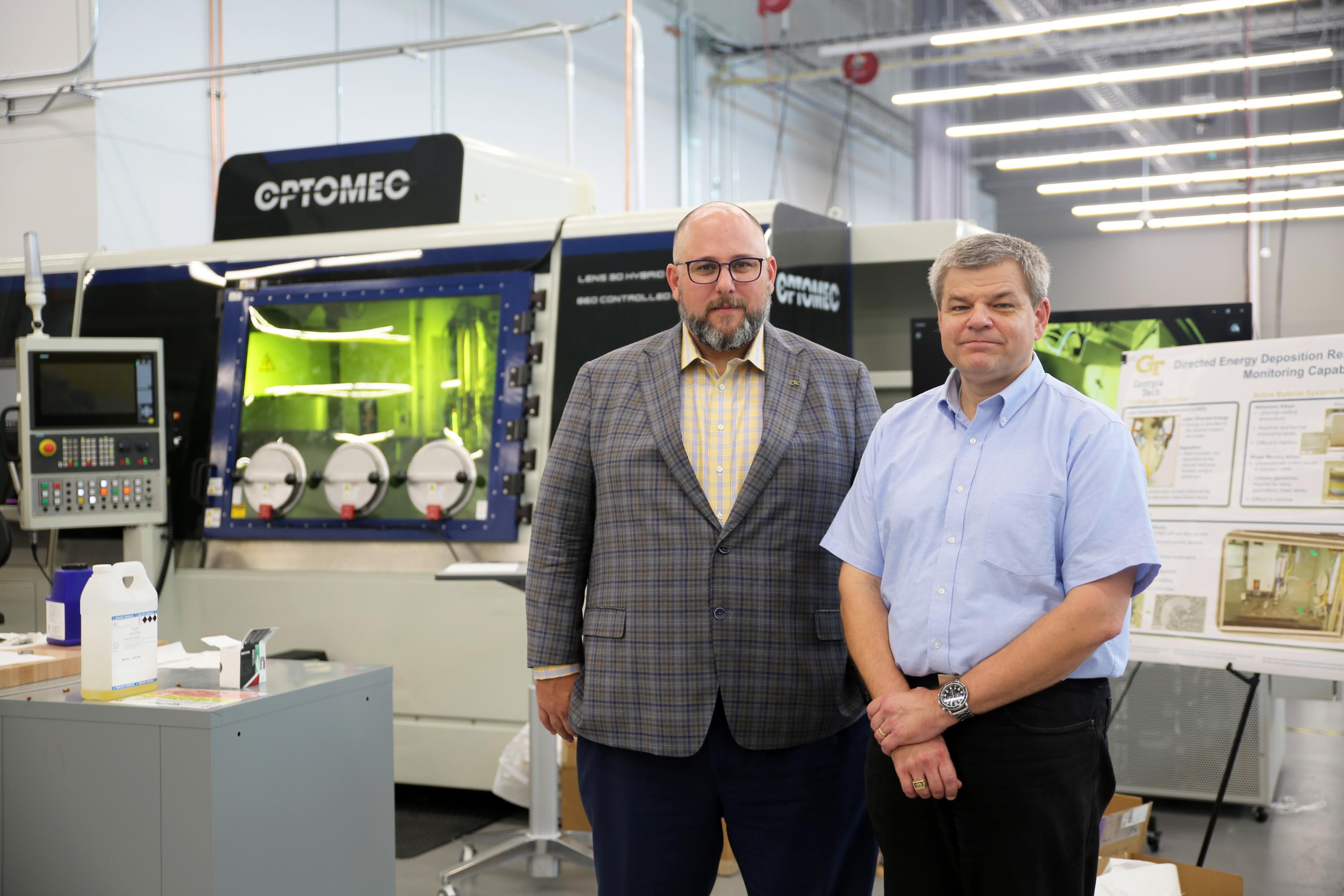 Aaron Stebner (left) and Tom Kurfess are among the leaders of GA-AIM, a $65 million grant that focuses on manufacturing and AI in the state of Georgia.

Aaron Stebner outlined an aggressive plan for artificial intelligence and manufacturing when he applied for a faculty position in 2019. In his cover letter, he promised “to establish the Georgia Institute of Technology as a world leader in additive manufacturing of solid materials (ceramics & metals) R&D, especially in the fusion of data sciences and AI to create new, world-leading technologies.”

Stebner thought it would take 10-15 years of incremental steps and funding to achieve the goal. He was wrong.

Thanks to a new $65 million grant from the U.S. Department of Commerce’s Economic Development Administration, announced by President Joe Biden, Stebner’s plan will begin to become a reality — and include the entire state of Georgia and all of its manufacturing sectors from agriculture to airplanes — two years after arriving on campus.

The largest of the nine projects within the larger Georgia AI Manufacturing (GA-AIM) technology corridor grant will allow Stebner and Georgia Tech to transform the Advanced Manufacturing Pilot Facility (AMPF) into the Artificial Intelligence Manufacturing Pilot Facility (AI-MPF). The 24,000 square-foot facility on 14th Street will more than double in size after Georgia Tech and statewide GA-AIM partners were selected as one of 21 Phase II awardees in the $1 billion Build Back Better Regional Challenge (BBB) competition, part of the Investing in America’s Communities initiative under the American Rescue Plan Act of 2021.

AMPF has been a shell waiting for a vision like Build Back Better to fill it out,” said Stebner, associate professor the George W. Woodruff School of Mechanical Engineering and the School of Materials Science and Engineering. “Now we will transform the facility into one of the nation’s first manufacturing labs designed for autonomy with the goal of helping the state and the nation to be world AI manufacturing leaders.”

Read the entire story on the College of Engineering website.