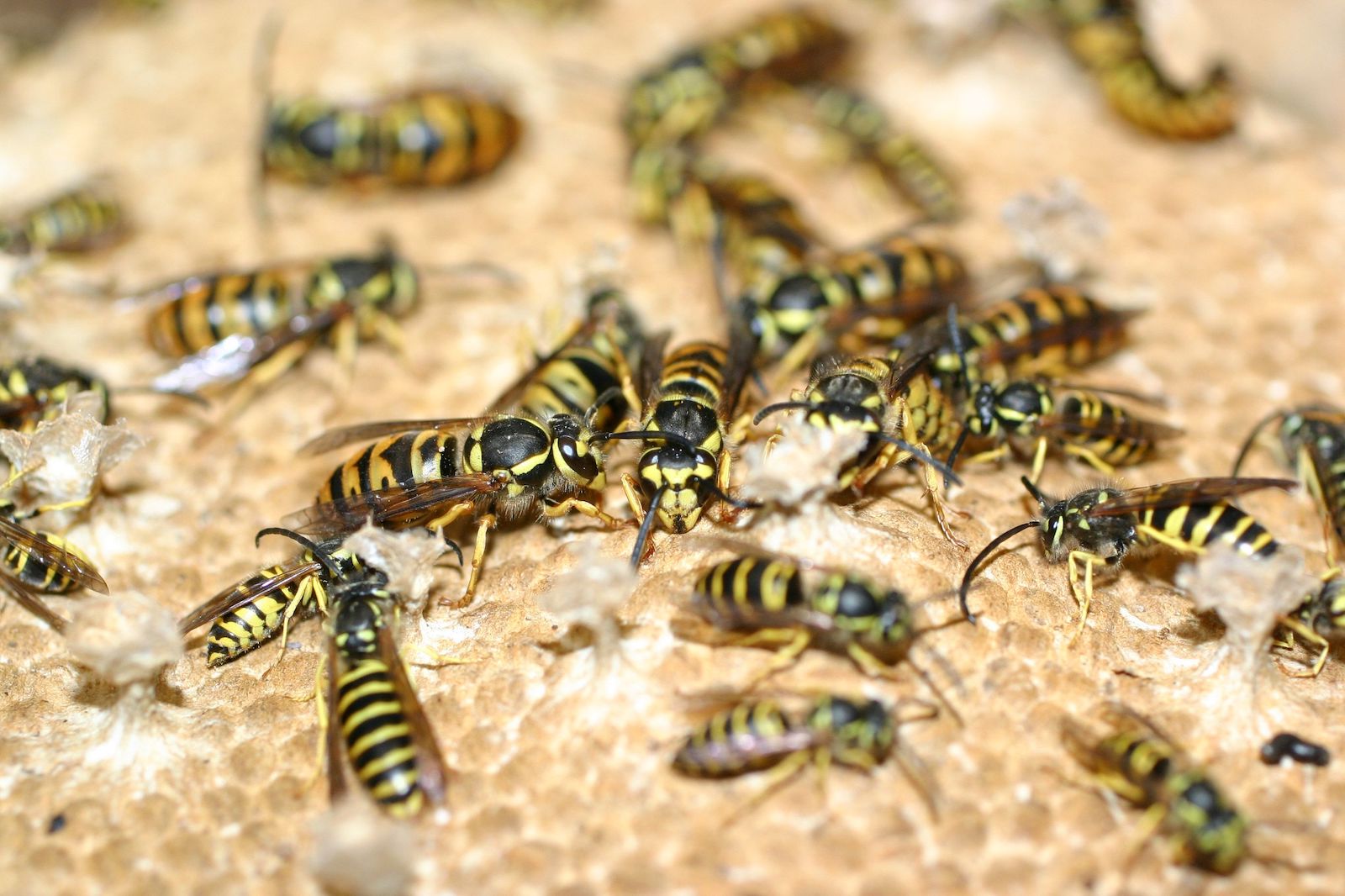 Fall is yellow jacket season. Not football or basketball, but the time of year when colonies of yellow jackets — the insects — reach their maximum size. It’s also when Professor Michael Goodisman and the Goodisman Research Group collect their nests.

“We typically collect nests for a month or so beginning in late October, which is prime time for collecting. The colonies usually die off around Thanksgiving, and are completely dead by Christmas — although climate change may be moving the dates,” said Goodisman, professor in the School of Biological Sciences.

Goodisman is asking those in the Tech community to contact him if they have a yellow jacket nest in their area. He and his team will come out and collect the nest for their research. (Historically, his nests have primarily been collected from placing a classified ad in The Whistle.)

Humans usually cross paths with the yellow jackets’ underground nests a couple of times a year. The first is between April and June, when people tend to mow their lawns frequently. The second is fall, when it’s time to rake leaves.

“Yellow jackets are particularly aggressive this time of year,” said Goodisman, whose team collects the insects alive, albeit somewhat sedated. The underground nests typically have a single hole, about the size of a silver dollar, for entering and exiting.

“We pour a little bit of anesthetic into the hole. It does the same thing to them that it does to us — it knocks them out,” Goodisman said. “Then we try to dig up the nest very quickly before they come to. We pull the nest out and bring it back to the lab.”

When collecting nests, Goodisman and the team wear beekeepers’ uniforms with long pants underneath for additional protection. Yellow jackets are aggressive and will push their way through air holes in the pith helmets, so the researchers cover them with tape to keep the insects out.

“I have had that happen to me, and it’s no fun at all,” Goodisman said. “If there’s an opening, they will find it and get in.”

“Yellow jackets are an example of some of the most extreme and impressive social behavior that you will see in any animal, even more so than in humans,” Goodisman said. “Their social structure is similar to honeybees in that they typically have a single queen, though not always. She produces a bunch of selfless workers that work until the colony succeeds.”

The researchers are also interested in studying multiyear super colonies. Nests usually last only one season, from May to December. But when temperatures are mild, a colony can survive the winter and become massive the next year. Goodisman’s team recently partnered with a team at Auburn University to study super colonies collected in south Alabama.

“What we’ve found is that these colonies are headed by multiple queens, which is different from the annual colonies,” he said. This leads to questions about differences in the genetics of yellow jackets in different types of colonies — questions for a future study. His team hopes to continue to study the formation of these colonies and whether they are increasing in frequency.

Goodisman does not expect to find super colonies in the local area because of the climate, but will use nests collected locally for a project that is focused on genetic conflict in yellow jackets.

Goodisman’s interest in insects began when he was a child in Syracuse, New York.

“There are yellow jackets in Syracuse and all across North America, from Mexico to Alaska,” he said — indeed, they can be found all across the northern hemisphere. They are one of the most common and successful social insects.

“They’re great fun, as you might imagine. They have a lot of personality,” he said. “It’s exhilarating when you’re trying to pull them out of the ground or get them out of the house.”

His undergraduate research at Cornell University included work with insects, and he did his doctoral thesis at the University of Georgia on fire ants.

While at UGA he saw fire ants in a tray in the lab, and he thought it was “so cool.” But his work with yellow jackets didn’t start until he did postdoctoral work in Australia.

“There was some interesting research being done on invasive yellow jackets in Australia and New Zealand. I’ve been working on yellow jackets well before I came to Georgia Tech.”

It was purely coincidental that Goodisman became a professor at Georgia Tech, home of the Yellow Jackets. But it still causes the occasional raised eyebrow when he tells people about his research.

“People do a double take and ask if I’m at Tech because of my yellow jacket research. They ask if I have a yellow jacket professorship, or if I’m the ‘Chair of Yellow Jacket Research.’ It’s always a fun conversation, especially with Georgia Tech alumni.” 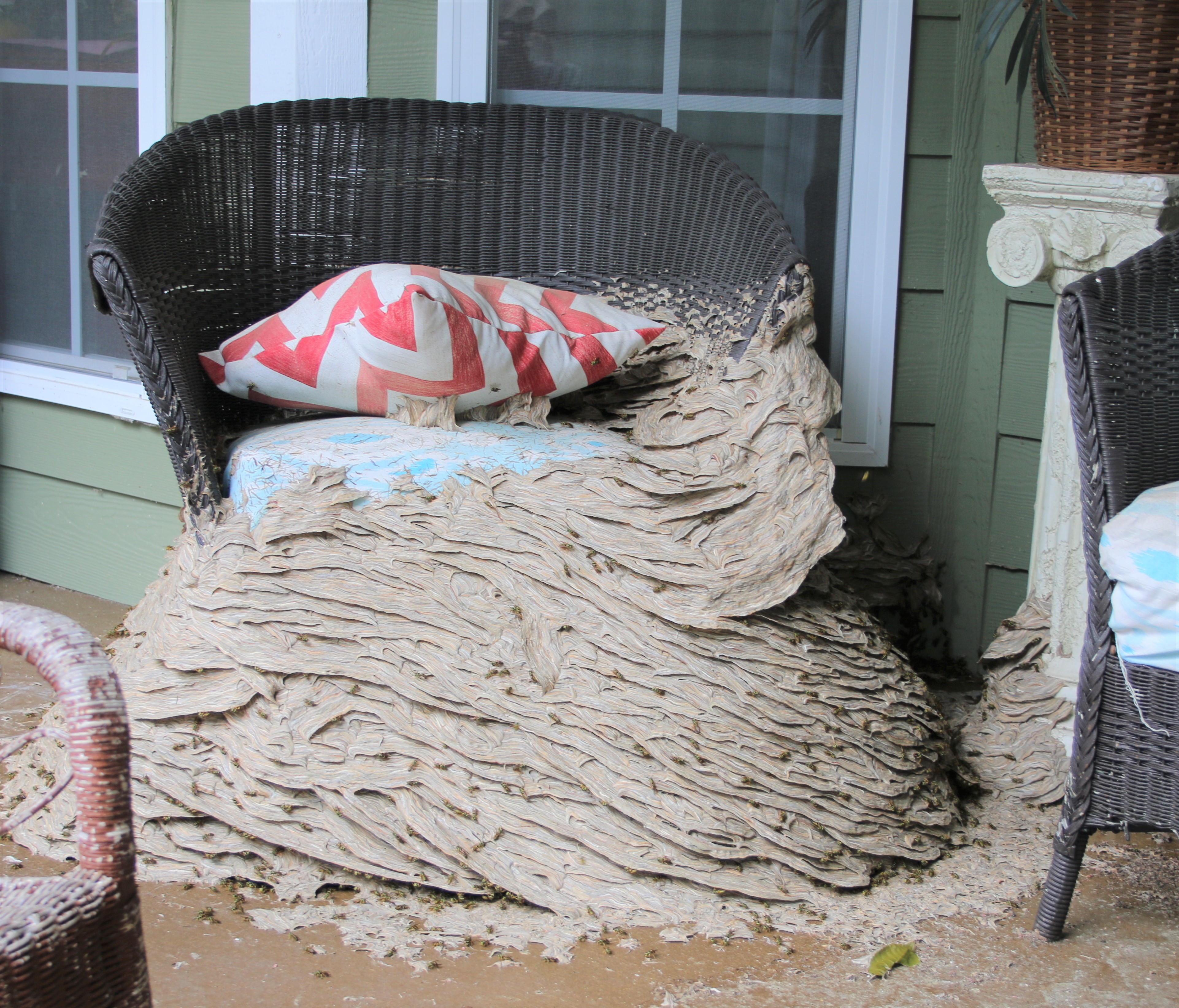 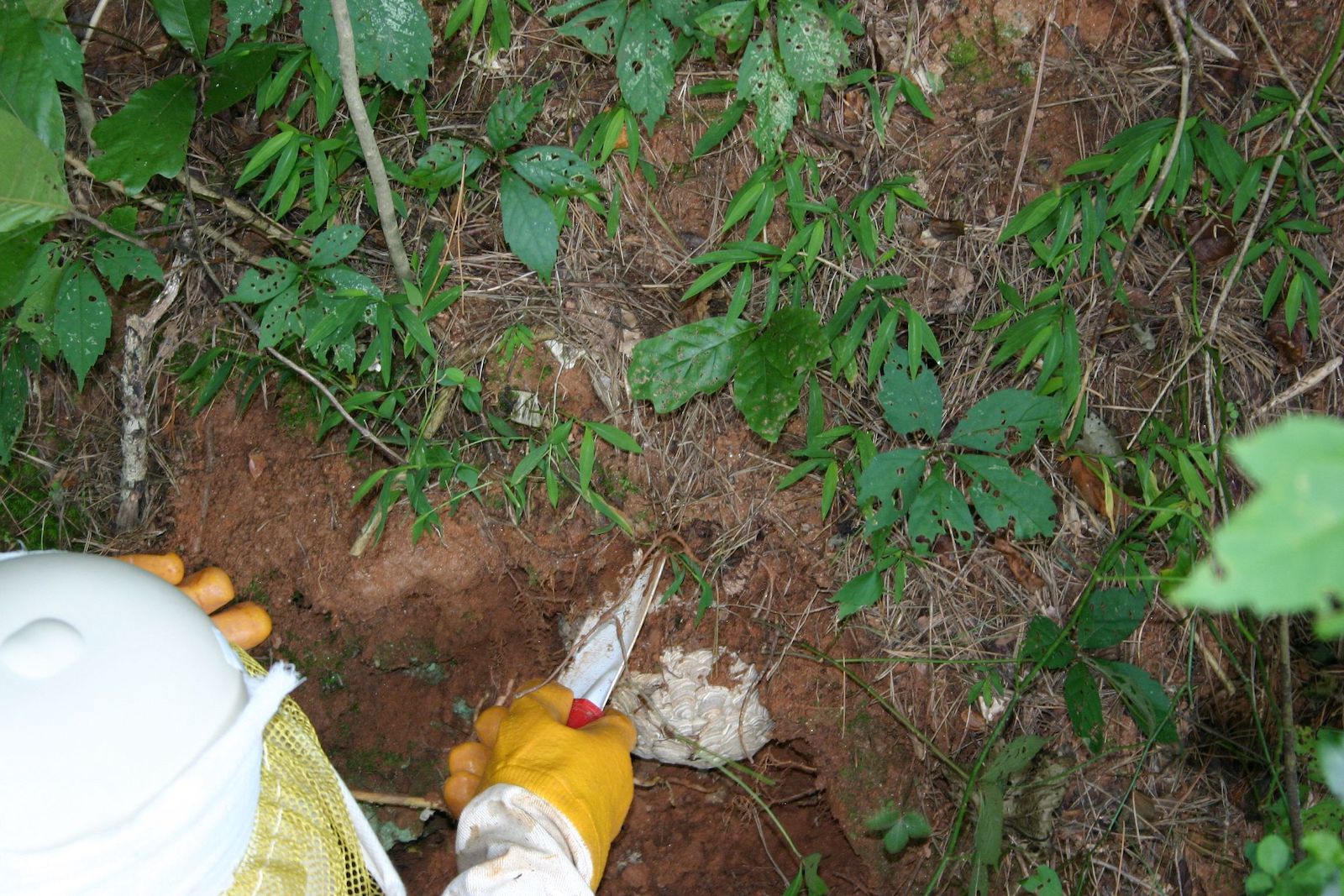 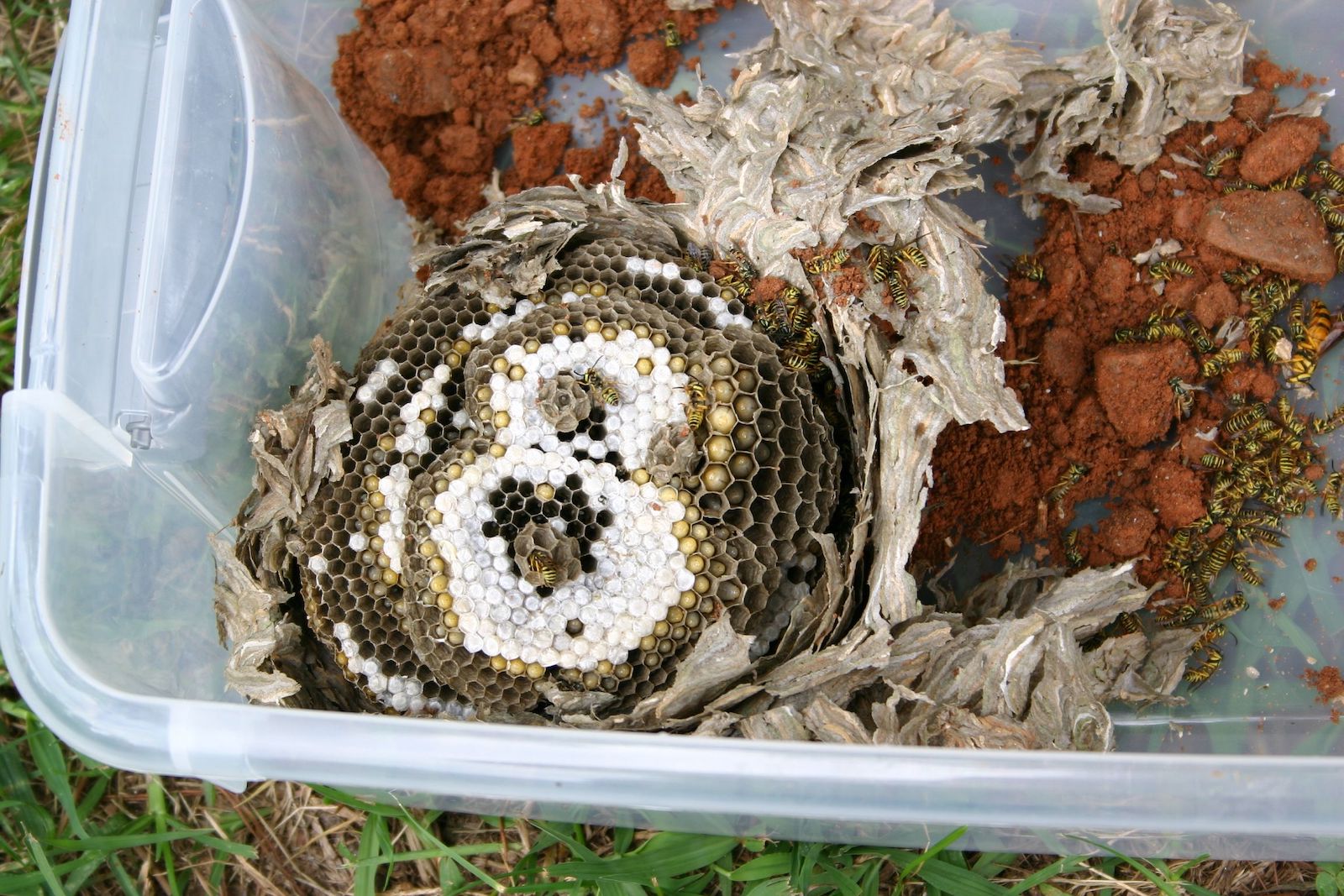 Researchers collect nests and take them back to the lab. 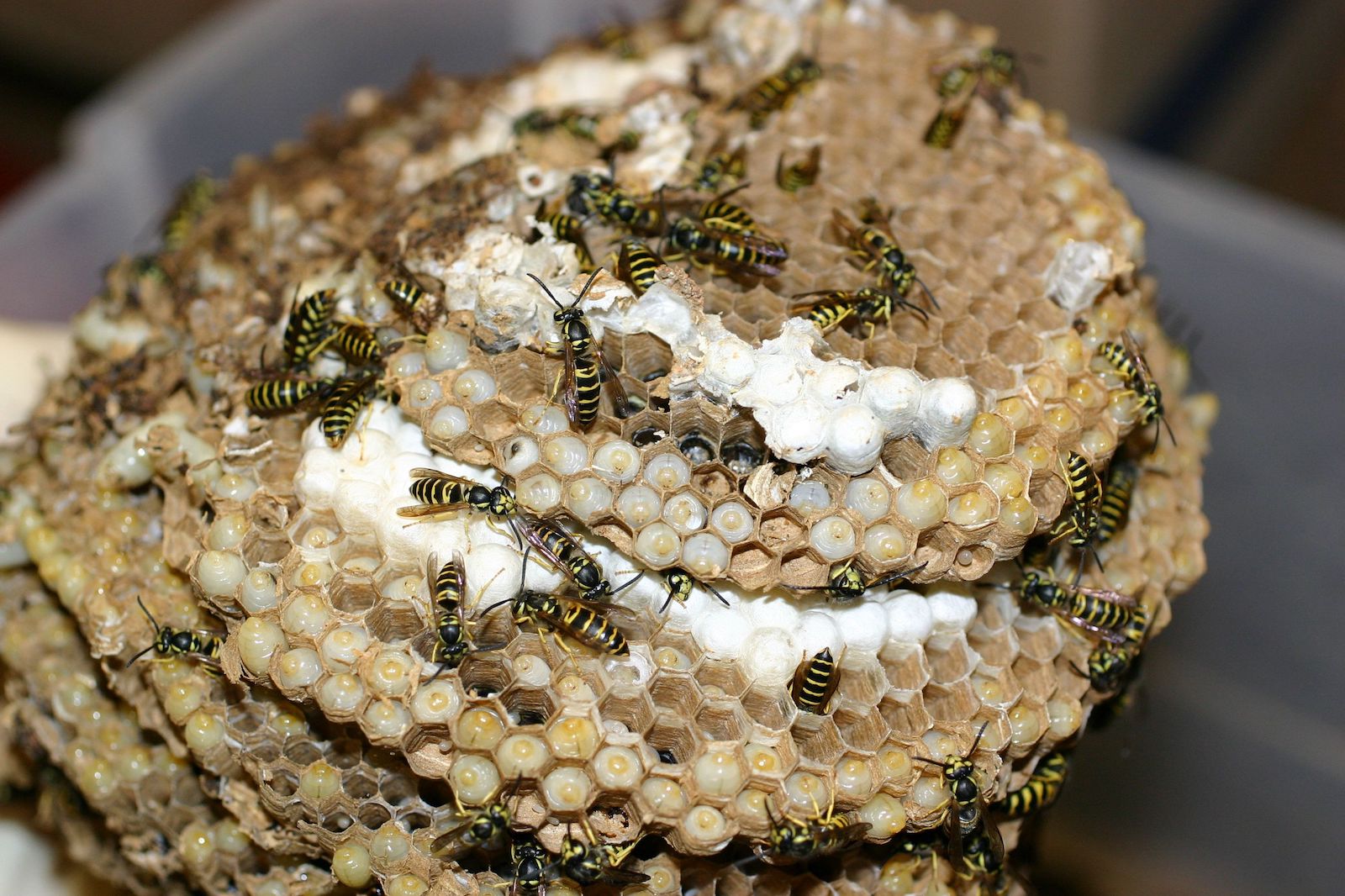 Yellow jackets are particularly aggressive in the fall. 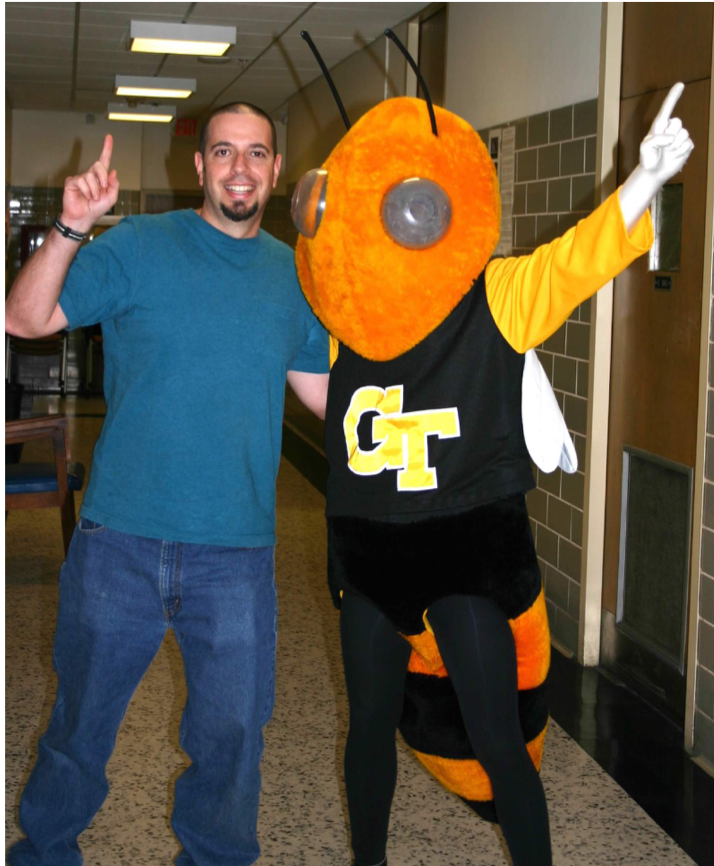 Free yellow jacket nest removal. Nests will be used for research in the School of Biological Sciences. E-mail michael.goodisman@biology.gatech.edu to arrange a pickup.