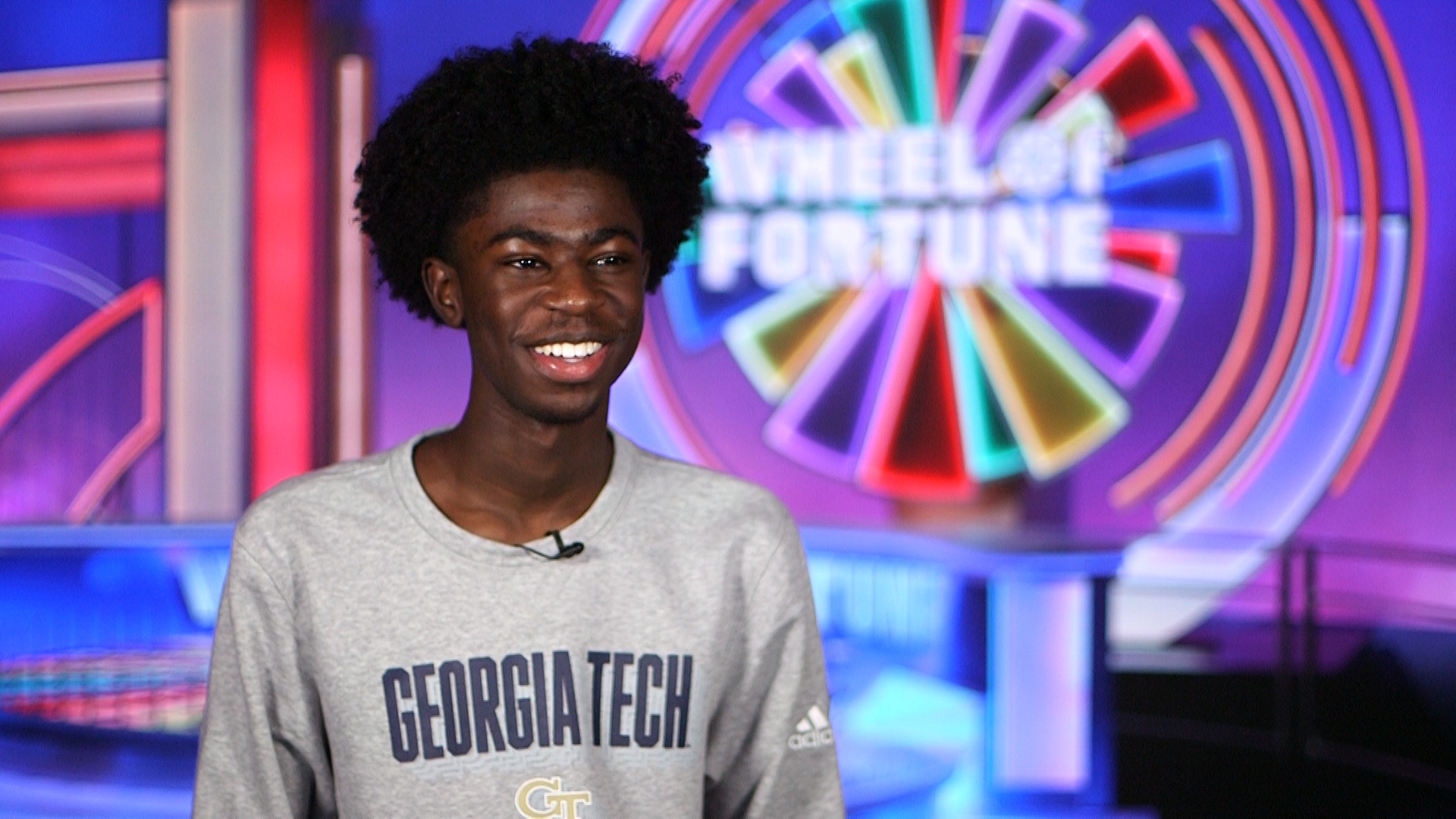 Quincy Howard is an industrial engineering student and was valedictorian of Dublin High School.

As soon as the chimes sounded and Vanna White revealed the letters, Quincy Howard was already prepared to solve the puzzle. “Kids at play,” the industrial engineering student exclaimed — and in the process won a shiny new Mini Cooper.

Howard, a second-year student from Dublin, Georgia, applied his engineering prowess to solving Wheel of Fortune puzzles during his nationally televised appearance on College Week. The analytically minded student with a 4.0 GPA was searching for digraphs and consonant blends that might help him determine the correct answer.

“P-L is a common combination at the beginning of words,” he explained. That kind of thoughtful gameplay helped Howard sweep every puzzle round, winning nearly $20,000 in cash and two trips — to Hawaii and South Africa.

“I knew every time I would spin I had a 15% chance of landing on ‘lose a turn’ or ‘bankrupt,’” he said. So if he felt confident in his ability to solve the puzzle, he’d go for it.

He auditioned virtually back in January after seeing an advertisement on the game show. It was August when the show’s producers called to let him know he’d be appearing. “My 13-year-old sister helped quiz me to get ready,” Howard laughed. She found a website with hundreds of old final round puzzles, and she’d write them on a dry erase board to help him hone his skills.

That preparation paid off, as Howard was one of just two College Week contestants  to solve the final puzzle. After the correct guess, Pat Sajak revealed that he had won the grand prize, a new car. The Mini Cooper happened to be painted red and black, to the dismay of many Georgia Tech fans and faithful who tuned in to cheer on the Yellow Jacket. But there’s good news to report.

“I don’t have to take that specific car,” Howard said. “I can pick whichever color I like.” He confirms that it won’t be red and black.

As for his plans for the car, “It’s probably going to go to my little sister.” He may hold on to it for a while since she’s not old enough to drive, but when she passes her driver’s test, he will hand the keys over to her.

And as for the trips? “Mom will go with me on one and Dad on the other,” he confirmed. \

Howard plans to use the cash as he finishes his undergraduate degree and looks forward to pursuing a master’s at Tech as well. For now, he’s enjoying the moment and appreciates all the support he’s received online and on campus. The John Lewis Student Center recently hosted a watch party, and that was the first time he had seen the show.

“It was tough keeping everything a secret,” he said. “But we didn’t want to spoil the big moment.”

Howard’s advice to aspiring Wheel of Fortune contestants is to approach it like an exam. “Figure out what you can learn about letters and phrases, watch old episodes to see how the game works, and play word games.”

A few bicep curls might be in order, too. He was caught off-guard by how difficult it was to spin the wheel. “It’s about 2,400 pounds!”