The Institute continues to expand access to Georgia residents. 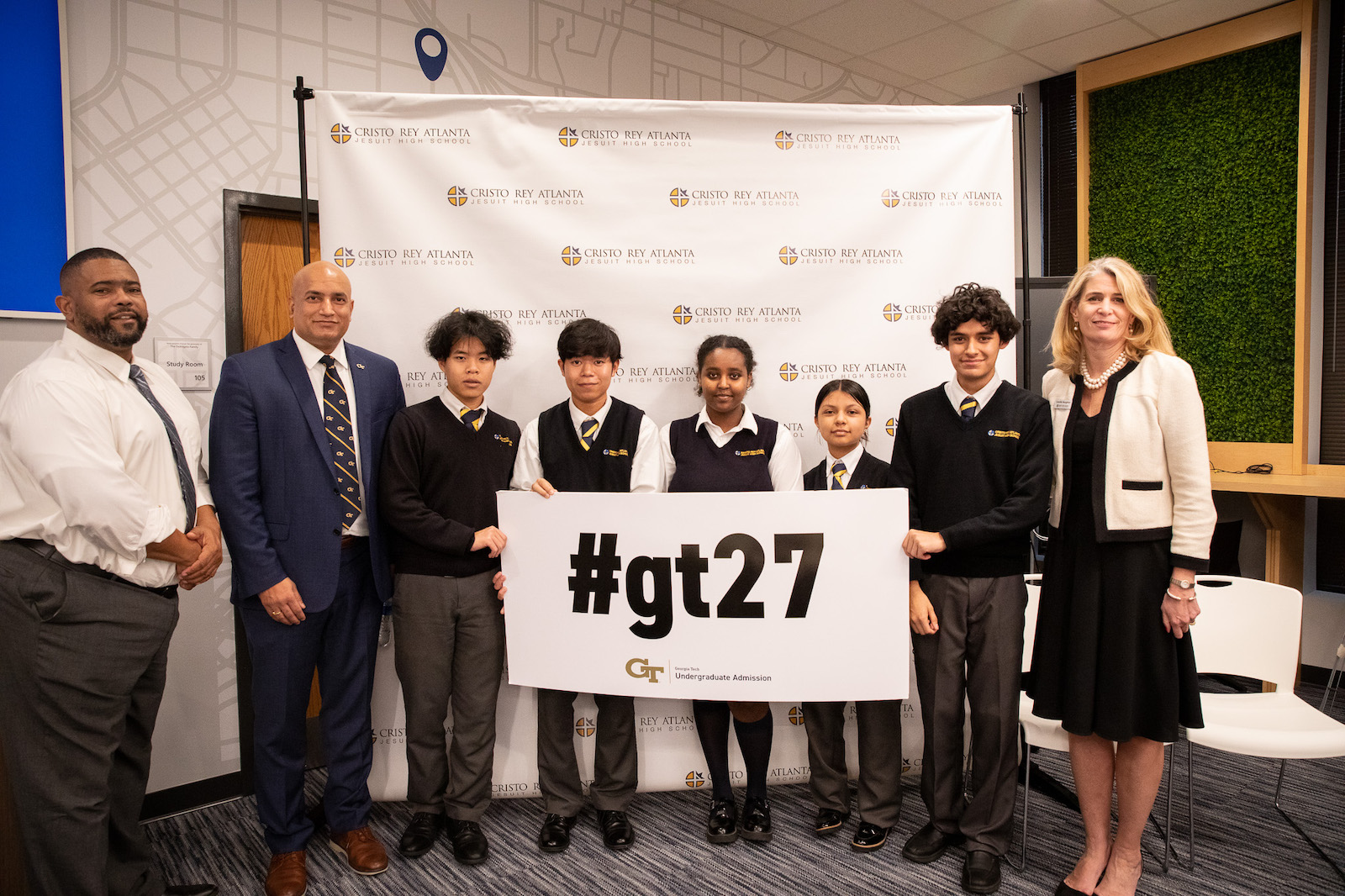 More than 6,400 Georgia students who applied to Georgia Tech in Early Action 1 received their admission decisions on Friday evening. This represents a 6% increase from the state compared to last year.

A total of 2,577 Georgia students were admitted, for an overall admit rate of 40%. Admitted students hail from 107 counties and 369 high schools around the state. Of the Early Action 1 admit pool 13% come from rural areas of Georgia; 12% are first-generation college students (neither parent graduated from college); and 25% identify as Black, Hispanic, or multiracial.

“Georgia Tech continues to serve our state by expanding access to more Georgia residents from more communities and backgrounds than ever before,” said Rick Clark, assistant vice provost and executive director of Undergraduate Admission. “The students we are admitting are incredibly talented inside the classroom, and clearly aligned with our mission of improving the human condition through Progress and Service.”

On Friday Undergraduate Admission staff members surprised students with their acceptances at several high schools across the state. Raheem Beyah, dean and Southern Company Chair in the College of Engineering, joined the effort at Drew Charter School in Atlanta. The morning reminded him of his own college acceptance day when he was attending Atlanta’s Douglass High School.

“It was nerve-wracking and exciting at the same time,” said Beyah. “I saw the same emotions on the students’ faces during our visit on Friday. They have worked incredibly hard for this moment, and it was an honor to watch them celebrate with their parents, teachers, and classmates. I’m looking forward to seeing them on our campus next fall.”

First-year applicants may select from one of three admission plans: Early Action1, Early Action 2, and Regular Decision. The first cycle of admission is reserved specifically for Georgia students, including Georgia residents attending high school out of state. Early Action 2 will be announced in January, and the Regular Decision announcement will take place in March. At this point, more than 37,000 students have applied for admission — an 8% increase from last year.

“Our goal is to enroll a new first-year class of around 3,650, as well as 1,400 new transfer students in 2023, and this is a great first step toward achieving that,” said Clark. “The students offered admission in Early Action 1 will have great offers from top colleges around the country, so in the weeks and months ahead, our team will be focusing on engaging our campus partners to convince as many of them as possible to stay in state and choose to become part of the Yellow Jacket family.”

Link to the full EA-1 profile.