Daniel Matisoff's book traces the curve of ecolabel adoption in the building market, revealing how it has transformed the economy and construction industry to achieve green market transformation. 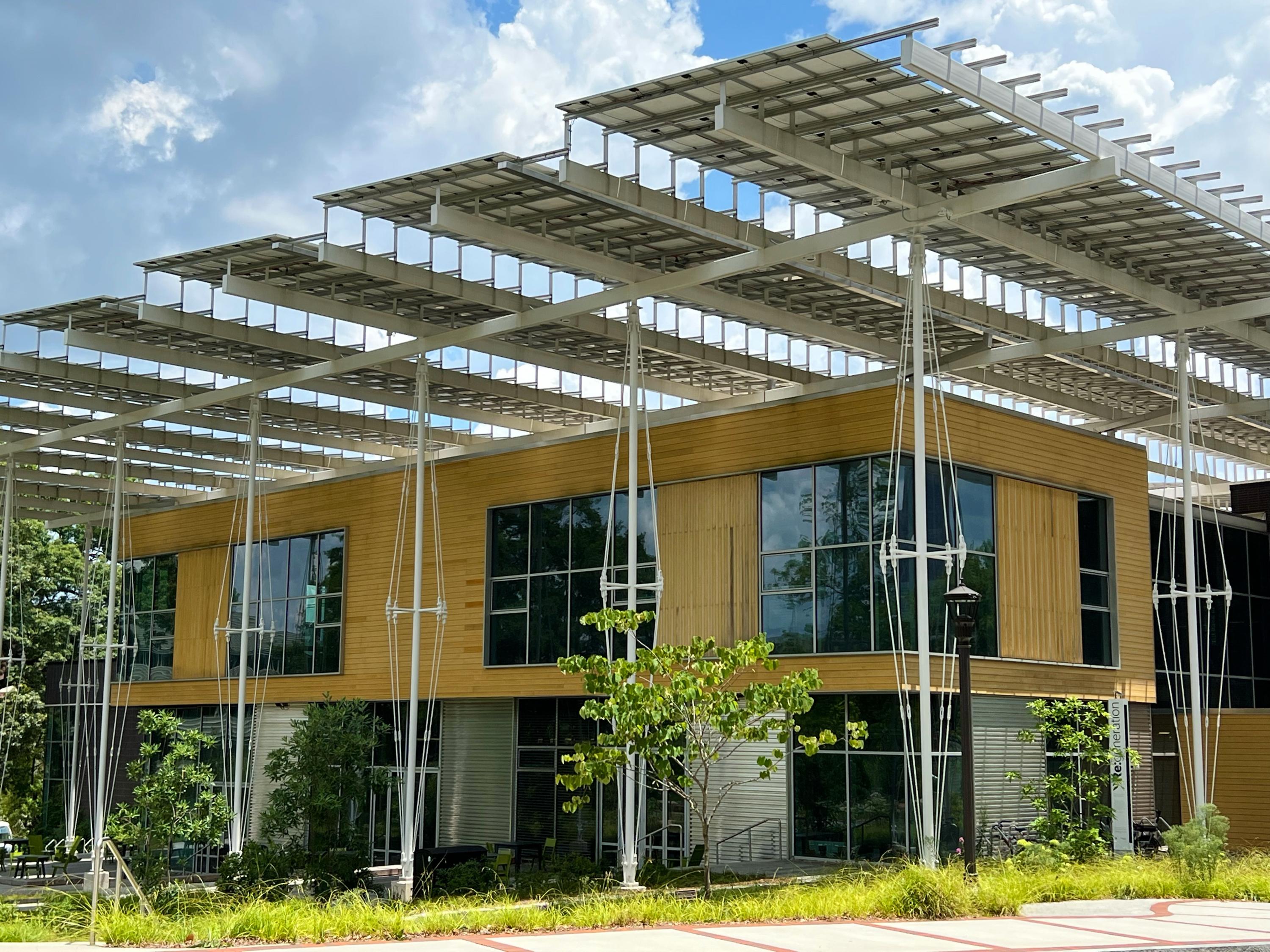 Whether they know it or not, most city dwellers have probably been inside a so-called “green” building. Plaques boasting various types of environmental or energy certifications — known as ecolabels — often hang prominently in their lobbies. They’re visible, but how can we know if ecolabels have a real impact or are mostly about showing off?

Daniel Matisoff, professor of public policy at Georgia Tech, illuminates the role and impact of green building ecolabels in his book, Ecolabels, Innovation, and Green Market Transformation: Learning to LEED, which traces the curve of ecolabel adoption in the building market, revealing how ecolabels have transformed the economy and construction industry to achieve green market transformation. Co-authored by Douglas Noonan, professor of public policy at Indiana University-Purdue University Indianapolis, it is the first book to comprehensively assess the green building movement. The book was published by Cambridge University Press in October 2022.

“A central premise of the book is that early adopters, whether they are creating a demonstration project — such as Georgia Tech’s own Kendeda Building — or adopting an ecolabel early on produce positive information spillovers that help accelerate adoption of green technologies,” Matisoff said.

According to the authors, early adopters do this by moving both supply and demand curves for new energy and environmental technologies. When early adopters employ and experiment with new green building technologies, they help build supply chains, lowering costs for others interested in adopting the technologies. Undertaking green building projects also proves the market performance of new energy and environmental technologies, thereby reducing uncertainty and increasing demand by making them more visible and widely available.

“Early adopters often build pilot and demonstration projects largely for a marketing or reputational benefit, but then that provides positive information spillover to the market,” Matisoff said. “For example, once contractors become familiar with new energy and environmental technologies, they can recommend them to clients for new building projects.”

By looking at data, Matisoff found that there has been a rapid uptake of buildings using the LEED label. But the question that remained was, what does it ultimately accomplish? To answer that question, Matisoff and Noonan looked at several case studies. One such case study is The Kendeda Building for Innovative Sustainable Design, a certified “Living Building,” at Georgia Tech.

The Kendeda Building: Tossing a Pebble in a Pond

The goal of The Kendeda Building was to create a facility that would transform the building and construction industry in the Southeast. Matisoff considered that a testable hypothesis. The Kendeda building inspired Matisoff and his collaborators to dig into 30 years of LEED data to look at the effect of pilot and demonstration projects. They found that if you have a demonstration project in a particular geographic location, it doubles the probability that another green building is going to be built that has similar technologies.

For example, an electrical contracting company working on Kendeda noted that being forced to work with high density poly-ethylene (HDPE) piping — a sustainable alternative to using PVC piping for electrical conduit — led them to realize that HDPE was cheaper and easier to work with, in addition to being a more ecofriendly alternative. The contractor intends to switch to HDPE piping in future projects.

“We at Georgia Tech, by building the Living Building, are providing all this information to the marketplace,” Matisoff said. “And the hope is that other universities or institutions may see this building and say, ‘Hey, we want one of those.’”

Lessons in Matisoff’s book include how to harness information spillover in addition to more traditional price tools such as subsidies, taxes, and cap-and-trade emissions policies. The authors highlight the importance of leveraging private actors to provide information to the market and suggest that policymakers think carefully about how to incentivize early adopters into the green building market, beyond just prices.

“It's unlikely that there's enough momentum in the policy space to get to where we need to be to address climate change,” Matisoff said. “We hope the book will help us think more carefully about how we leverage information and learning to accelerate the uptake of advanced energy and environmental technologies to facilitate green market transformation.”

Matisoff also hopes the comprehensive study will show the roughly 100,000 certified green building professionals around the world that their efforts have been worth it.

“We wanted to tell a story, especially to green building professionals, about what they’ve accomplished over the past few decades, and the impact their work will have for years to come.”