Georgia Tech experts are at the forefront of technology and research that could revamp clean energy infrastructure in our state. 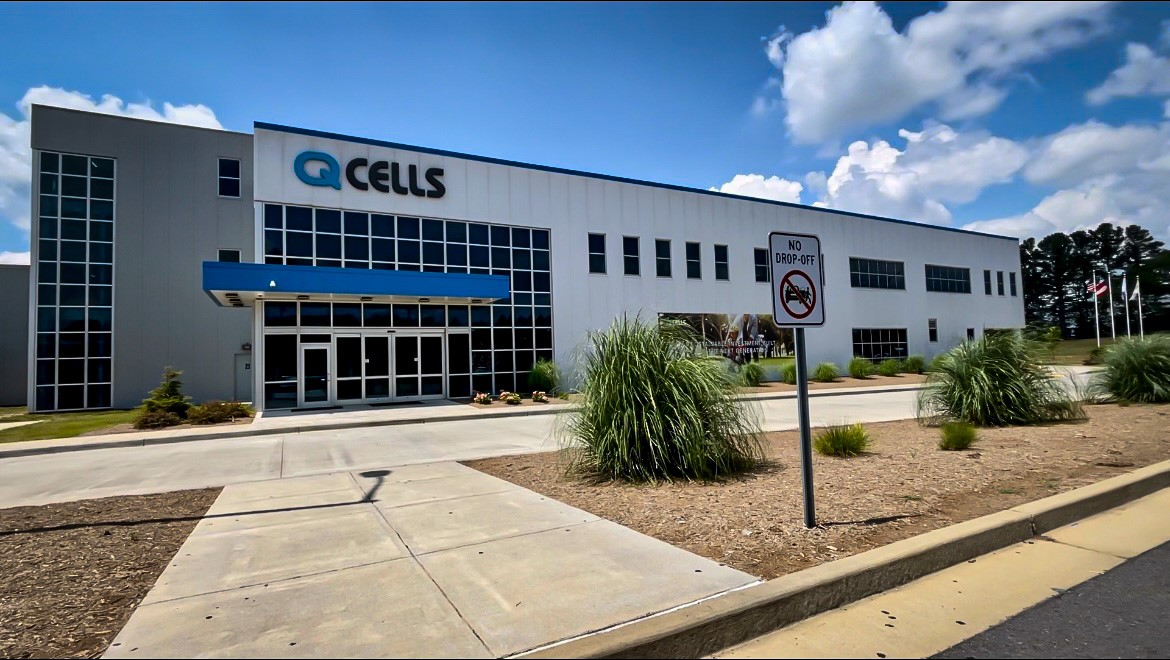 Qcells, a solar power company, plans to build a $2.3 billion manufacturing complex just north of Atlanta in Cartersville to not only make state-of-the-art components for solar panels, but also to build complete panels used in a variety of settings, from houses to large-scale commercial and industrial solar arrays.

The state of Georgia is at the epicenter of what may be the largest investment in clean energy manufacturing in U.S. history, and Georgia Tech is poised to play a key role in an investment that is slated to create thousands of jobs and boost solar power infrastructure in our state and beyond.

Qcells, a solar power company, plans to build a $2.3 billion manufacturing complex just north of Atlanta in Cartersville to not only make state-of-the-art components for solar panels, but also to build complete panels used in a variety of settings, from houses to large-scale commercial and industrial solar arrays.

Georgia Tech is home to some of the world’s leading researchers and experts in photovoltaic materials and solar energy. Juan-Pablo Correa-Baena, assistant professor and Goizueta Junior Faculty Rotating Chair in the School of Materials Science and Engineering, and his research group have been blazing trails on the hunt for new materials that can be used in solar energy conversion.

“The most important part of this investment in U.S. manufacturing is the fact that Qcells is investing in the development of ingot and wafer production,” Correa-Baena said. Currently, silicon needs to be processed to form solar cells used to harvest energy. Ingots are the first step in the manufacturing process of refining raw materials into wafers. The wafers become the base for completed solar panels.

Over the past decade, most ingot and wafer production has been happening outside of the U.S. “With this investment, we guarantee that we can have full control of the supply chain by manufacturing all aspects of the solar panels domestically,” said Correa-Baena. Ultimately, the goal is to make solar energy more affordable for American consumers and create high-paying jobs for Georgians.

“It is exciting to see that silicon manufacturing is restarting in the U.S. and that Georgia is at the forefront of it,” said Ajeet Rohatgi, Regents’ Professor and John H. Weitnauer Jr. Chair in the School of Electrical and Computer Engineering.

Rohatgi is one of the world’s leading researchers in photovoltaics – the conversion of light into electricity using semiconducting materials like silicon. He is the founding director of the first university-based and Department of Energy-funded Center of Excellence for Photovoltaics Research and Education. The center’s work focuses on finding and improving the materials used to make solar cells while also improving their efficiency.

Qcells built its first plant near Dalton, Georgia, in 2019. By 2022, the facility had become the largest producer of solar panels in the western hemisphere. Rohatgi says representatives from Qcells have visited his research facilities on campus, and he and his team have visited the company’s Dalton facility as well.

“As demand for clean energy continues to grow nationally, we’re ready to put thousands of people to work creating fully American made and sustainable solar solutions, from raw material to finished panels,” said Justin Lee, CEO of Qcells. “We are committed to working with our customers as well as national and Georgia leaders to bring completely clean energy to millions of people across the country.”

Tim Lieuwen, executive director of the Strategic Energy Institute, Regents' Professor, and David S. Lewis Jr. Chair said, “Georgia Tech is a key leader in most of the core technologies associated with clean energy industries, has nationally distinctive researchers and facilities, and educates a lot of undergraduate and graduate students in these areas.”

That is why Tech has the potential to be a valuable partner in this project. “We are in a unique space where we can interface with Qcells to help them improve materials processing and explore new materials, but also aid in their manufacturing processes by introducing artificial intelligence to optimize processes and increase their productivity,” said Correa-Baena.

The announcement is not just significant for Georgia Tech, but for the state of Georgia as well. In Lieuwen’s view, Georgia is emerging as a center of clean energy manufacturing and technology, in no small part thanks to the Institute’s partnerships, research, and workforce development efforts. He says advancements in electric vehicles, batteries, and hydrogen power are all picking up steam in our state. “Having these types of companies in areas where Georgia Tech is focusing research and development efforts is good for the Institute and the state.”

The Qcells expansion is likely just the tip of the iceberg, as leading researchers from across campus identify projects like these where Tech ingenuity and innovation can make a difference.

“I’m enthusiastic about this expansion of solar cell manufacturing in Georgia because it builds on other clean energy, electrification, and energy storage industries already existing or planned for our state,” said Julia Kubanek, professor and vice president for Interdisciplinary Research. “The Southeast is increasingly becoming known as a hub for cleantech innovation, and Georgia Tech is proud to be a key contributor to this ecosystem.”

Production at the new Qcells solar plant is expected to start in 2024.