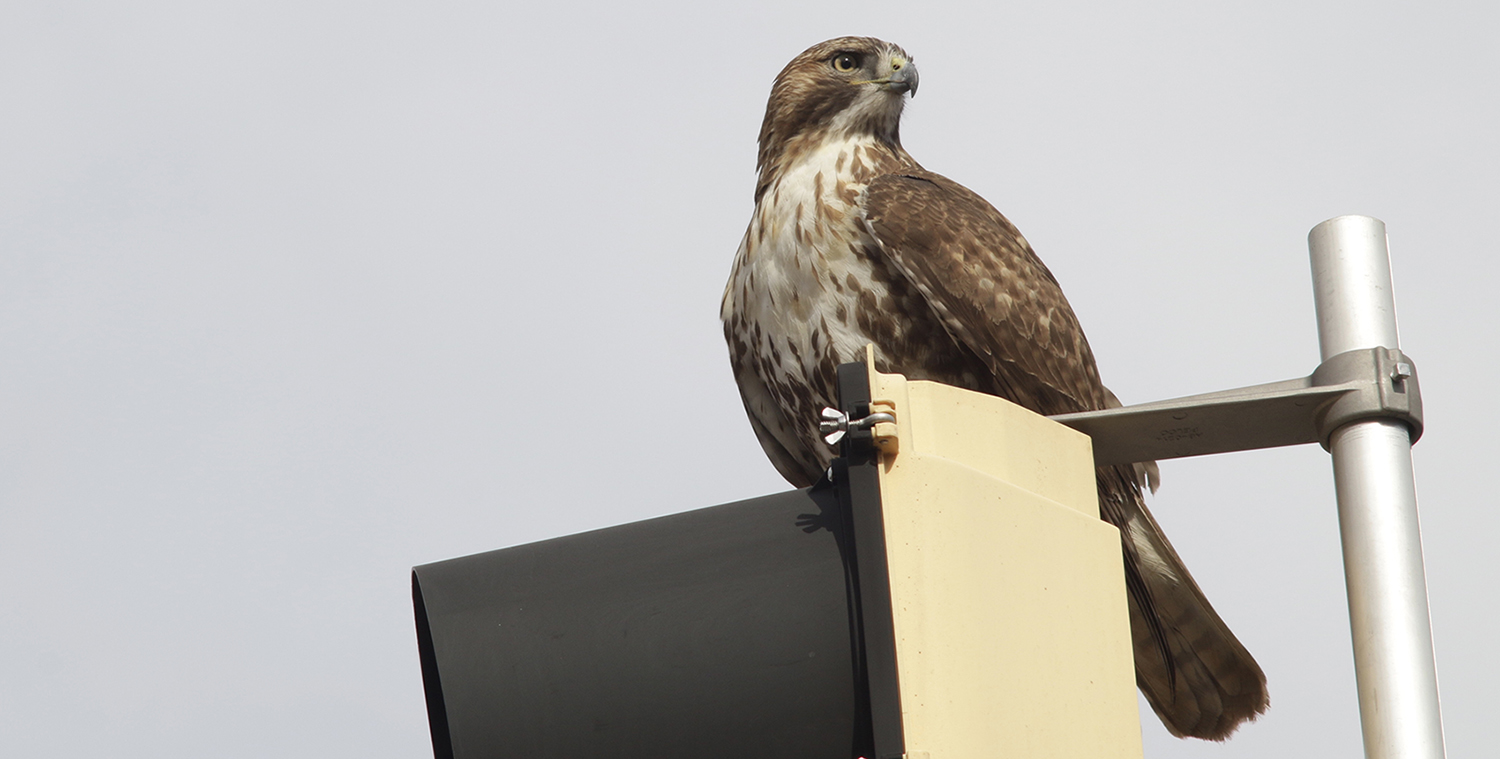 Atlanta is often called the “city in a forest” because of its lush canopy of trees, uncommon for a major city. In the heart of that forest sits Georgia Tech’s 400-acre campus. And within campus lies a variety of wildlife that has made Georgia Tech its home.

“I don’t think most people are aware of wildlife on campus,” said Emily Weigel, senior academic professional in the School of Biological Sciences. “They might see a feral cat here or there, but they don’t really think about all the other animals that live on campus. Georgia Tech is the animals’ home base, and they probably don’t know anything other than they were born in this area. They don’t know, or really care, they’re in the middle of a city. And for migrating species, campus is a welcome oasis.”

Included in the biodiversity surveys of the area are squirrels, possums, raccoons, rats, and birds. Several months ago a couple of coyotes were spotted, but they were just passing through campus. At least two foxes live in the glade, a densely forested area behind the president’s residence on the north side of campus.

Weigel’s students are camera-trapping wildlife as part of a multi-continent study headed by the Smithsonian. They also have set up bird boxes and audio devices to detect who is in the EcoCommons, as well as a nighttime monthly sampling effort to document the variety of bugs that only come out at dark or are ephemerally passing through.

Ben Seleb, a Ph.D. student in quantitative biosciences, is developing an open source camera for studying the foxes and other wildlife. He and his colleagues at Tech4Wildife, a course and campus organization devoted to the conservation of wildlife, have been monitoring the foxes.

“We had some suspicions that foxes were in the glade,” Seleb said. “It’s a very secluded area with dense vegetation, so it’s a great spot for campus wildlife to hide during the day and then come out at night.”

To confirm their suspicions, they set up cameras inside the glade and left them for a couple of weeks. When they reviewed the images, they had captured two foxes on camera at the same time.

“We know there could be more, but we’ve only seen two foxes at one time. They’re difficult to tell apart, but we’re working on identifying individuals,” he said. “There are a number of other animals on campus, and the glade is where many of them live. We have seen raccoons, possums, and a couple of feral cats that travel in and out of the glade.”

The glade connects to Tech’s new EcoCommons, a lush 8-acre woodland area near the center of campus, providing a pathway for wildlife to travel into campus at night, while still giving them the cover of vegetation. Georgia Tech generally offers a handful of classes related to wildlife or ecology, but the amount of wildlife on campus is creating new research opportunities.

“I’m happy to see programs giving students opportunities that they may not have been aware of,” Seleb said.

The lush vegetation on campus provides birds with a source of nutrition as well as a good place to build nests. Horticulturalist Steve Place, who can usually be found working near The Kendeda Building for Innovative Sustainable Design, helps to create a native habitat to support the birds.

“We’re reintroducing native plants to recreate the habitat for the native birds,” Place said. “When you move away from the native landscape it encourages ‘generalist’ birds that are more tolerant of what they can eat. We want to encourage the reemergence of the rarer species of birds that are dependent on particular grasses and berries.”

The campus landscape team is removing ivy and other invasive non-native plants near The Kendeda Building. They’re building a sustainable and regenerative ecosystem that can support itself and the endemic species in the area. Place said that people who visit the area regularly will begin to notice the variety of birds.

“If you’re observant and patient enough you’ll see different behaviors, hear different songs, and observe mating rituals,” he said. “There is a lot going on with the birds. It’s just a matter of being quiet and paying attention.”

The Kendeda Building and the adjacent EcoCommons are part of a wildlife sanctuary certified by the Georgia Audubon Society, making Georgia Tech the first main campus in the state to receive the designation.

GTkb · Steve Place and the Birds

Tips for Co-existing With Campus Wildlife 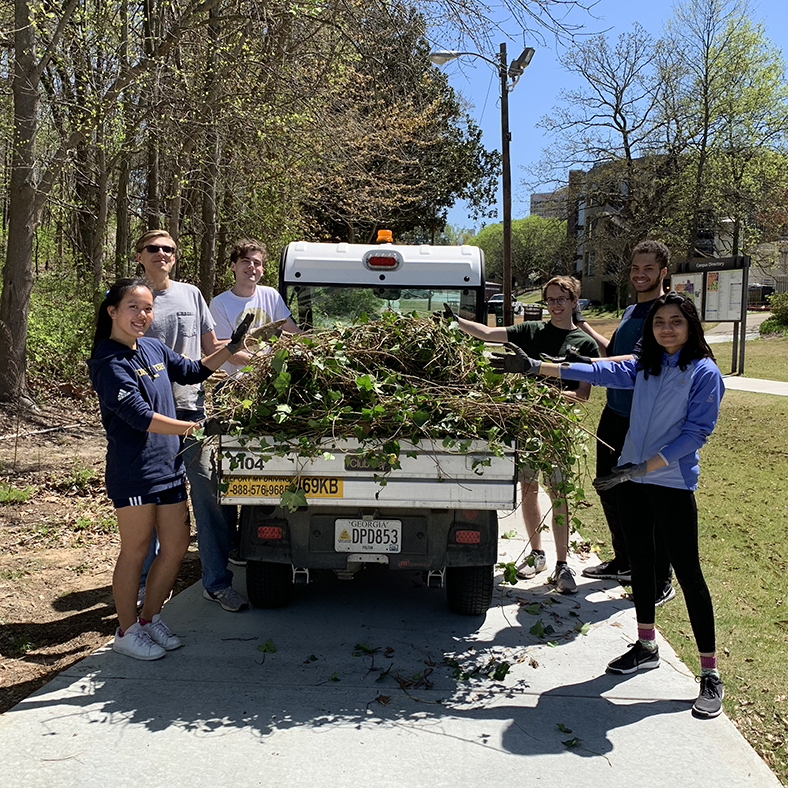 Volunteers Needed Near the EcoCommons

Help remove invasive species, like English ivy and kudzu, from the hill near The Kendeda Building for Innovative Sustainable Design. You will learn how to identify and remove invasive species without harming the surrounding plants. Bring water, working shoes, and work gloves. If you don’t have gloves, they will be provided.

The invasive species clean-up is a weekly event, held every Friday from 1 – 3 p.m. at The Kendeda Building. It is a joint effort of Students Organizing for Sustainability, Scouting, and Trailblazers. For updates, join the groupme or email Gavin Baker at gbaker38@gatech.edu if you have questions.