Jeff Wiley, an IT support professional in Facilities Management, is part of a nine-member team that supports approximately 550 people.

“I do a little bit of everything,” Wiley said. “I do hardware break fix, deskside support, user support, website support, and I also take photographs at staff events.”

Wiley’s IT career began when he was in the Marines from 1992 to 1996. His job in the military was similar to his Georgia Tech job. “I worked in an office, and I supported people in an IT capacity,” he said. “The biggest difference is I wore camouflage and boots to work.”

The last few months have presented changes and challenges in his work at Tech.

“Covid-19 changed my job in the sense that I work from home a little more. Educating our users on how they can also work from home and be productive — and sometimes trying to do that remotely — can be a challenge,” he said.

Since the spring, Wiley has devoted a lot of time to photographing essential workers in Facilities wearing face coverings on the job.

“It’s important to me personally to put a spotlight on our essential workers after everything they have been through this year,” he said. “Because so much of their face is hidden, they tell their stories through their eyes.”

A hobbyist photographer for more than 20 years, Wiley appreciates that his colleagues are at ease with him taking their photo. “I love that our people trust me enough to tell their story. They are used to seeing me walking around with a camera slung around my neck at our staff events, and they usually don't shy away. That’s a level of trust that I don't take lightly,” he said.

Wiley initially nurtured his interest in photography by doing some research. Then he bought a camera and taught himself the basics. “It’s something that challenges me creatively,” he said. “You can take a photograph of a sporting event or an apple, and you can make either one of them interesting if you shoot them correctly.”

Wiley grew up in McDowell County, West Virginia. He studied communications, and he worked in radio before joining the Marines. While stationed in Oceanside, California, he fell in love with surfing.

“I could watch surfing competitions on ESPN all day long,” he said. “If I had my life to do over, knowing everything that I know now, I would have pursued a career in professional surfing. You will never convince me that getting paid to travel the world and surf beautiful beaches is work.”

Point Break, a movie about bank robbers who surf, is one of his favorites. He’s also a Star Trek fan, and he has strong opinions about Batman, his favorite comic book character.

Wiley also likes spending time with his dog Oscar, a 14-year-old Dachshund. He enjoys hiking and exploring in Sweetwater Creek State Park in Lithia Springs, Georgia and Cheaha State Park in Clay County, Alabama, among many others. 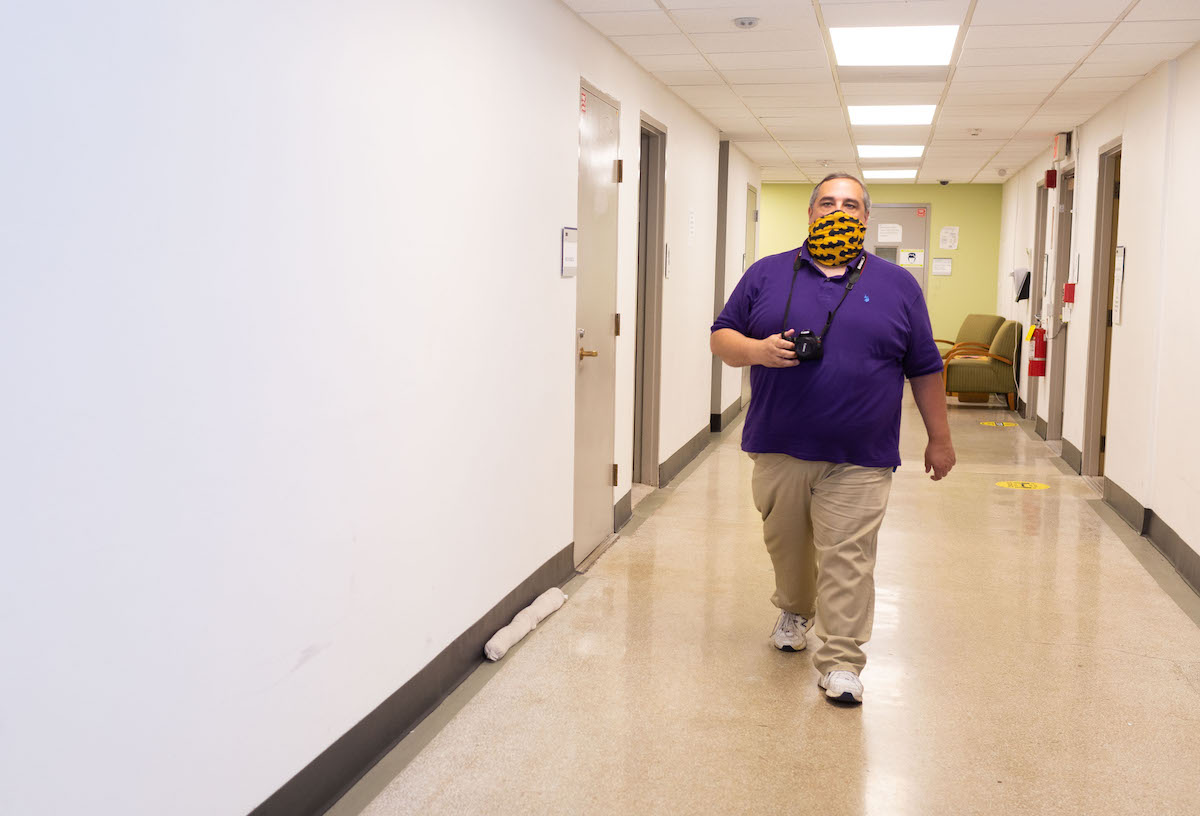 Jeff Wiley, an IT support professional in Facilities Management, has been a hobbyist photographer for more than 20 years. (Photo by Allison Carter) 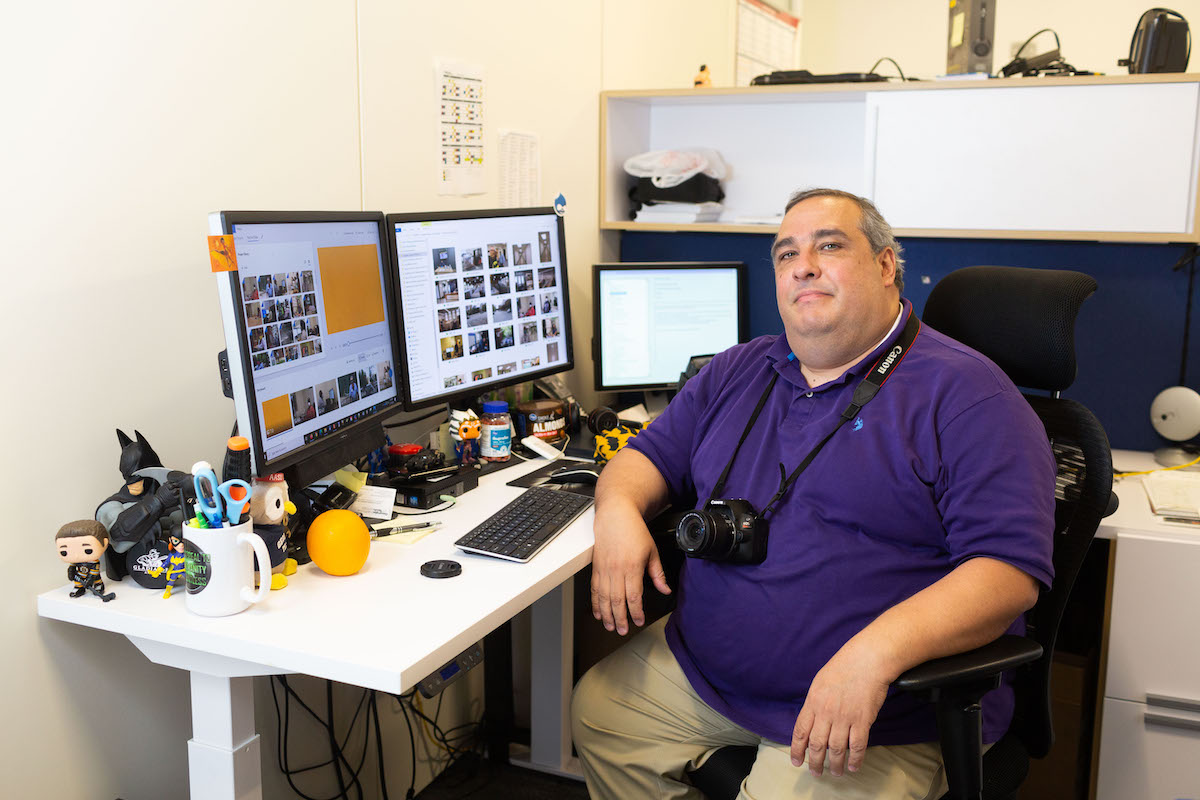 Jeff Wiley, an IT support professional in Facilities Management, is part of a nine-member team that supports approximately 550 people. (Photo by Allison Carter)