Czyzewski oversees admissions, student services, and operations for the M.S. in Quantitative and Computational Finance program.

Laura Czyzewski is the associate director of Graduate Programs for the M.S. in Quantitative and Computational Finance (QFC) program. Graduates of the QFC program work on the quant side of the financial services industry in various sectors such as investment banks, hedge funds, proprietary trading firms, asset management firms, consulting firms, and government or regulatory agencies.

“I describe my job as a bit of Jack-of-all-trades for this program,” said Czyzewski, who oversees admissions, student services, and operations. The interdisciplinary program has faculty from the Ernest Scheller Jr. College of Business, the H. Milton Stewart School of Industrial and Systems Engineering, and the School of Mathematics. It is supported by four full-time staff members, one part-time staff member, and Faculty Director Sudheer Chava.

Czyzewski previously served as a program coordinator for the Graduate Office (MBA and PhD) in the Scheller College of Business. She has served in various roles across campus, beginning as a Tech Temp in the Bursar’s Office in 2005. She holds a B.A. in theater and a B.S. in psychology from DeSales University in Center Valley, Pennsylvania, and an M.Ed. in higher education administration from Georgia Southern University.

“A typical day depends on the time of year,” she said. “If we’re in the middle of our admission cycle, a lot of times I’m doing marathon interviewing of applicants. And there are days where I get up at 5 o’clock in the morning because I’m virtually interviewing people from around the world.”

Before the pandemic Czyzewski would travel to other universities to present information sessions about the program. Because of Covid-19 travel restrictions the staff turned to virtual meetings for recruiting students and for engaging with companies.

“In a way, it put us on an even playing field,” she said. “Obviously Atlanta is not one of the larger financial centers like New York or Chicago. Programs in those cities could invite professionals to just hop on a train and come over to meet with their students. We couldn’t do that.”

During the pandemic Czyzewski and her colleagues began asking company representatives to just hop online and have an information session with the students.

“They’re more willing to do that now rather than spend time and money to send somebody to Atlanta. It definitely created some opportunities that we didn’t see coming.”

Like almost everyone else, Czyzewski said working during the pandemic has been challenging.

“We pride ourselves on fostering a true sense of community among the faculty, the staff, and the students,” she said. “Not being able to actually interact in person really did affect that. I interviewed people [virtually] a year ago that I don’t recognize now because I didn’t get to actually meet them and develop a relationship. So, it has been difficult to get to know the students because everybody was remote.”

The most rewarding part of her job is working with students from around the globe.

“We just completed our five-year academic program review. One of the statistics I was most excited about is that in the past five years we had students from 21 different countries attend our program,” she said. “We had students from Nigeria, the Netherlands, Guatemala, China, the UK, Brazil, and others. It was a rewarding experience to learn from them and get to support students from all around the world. That’s pretty big.”

In her time away from Georgia Tech, Czyzewski is the lead vocalist of metro Atlanta rock cover band named Yesterday Calling. The four-member band includes Czyzewski, two guitarists, and a drummer, and they perform classic rock songs from the ‘60s through 2000.

“We cover bands and solo artists like Fleetwood Mac, Heart, Led Zeppelin, REM, and Pat Benatar,” said Czyzewski, whose favorite song to perform is ‘Me and Bobby McGee’ by Janis Joplin.

“I absolutely adore Janis Joplin because she’s a legend, an icon. The song is also very vocally challenging, so it’s one that I’ve worked on over the years.” 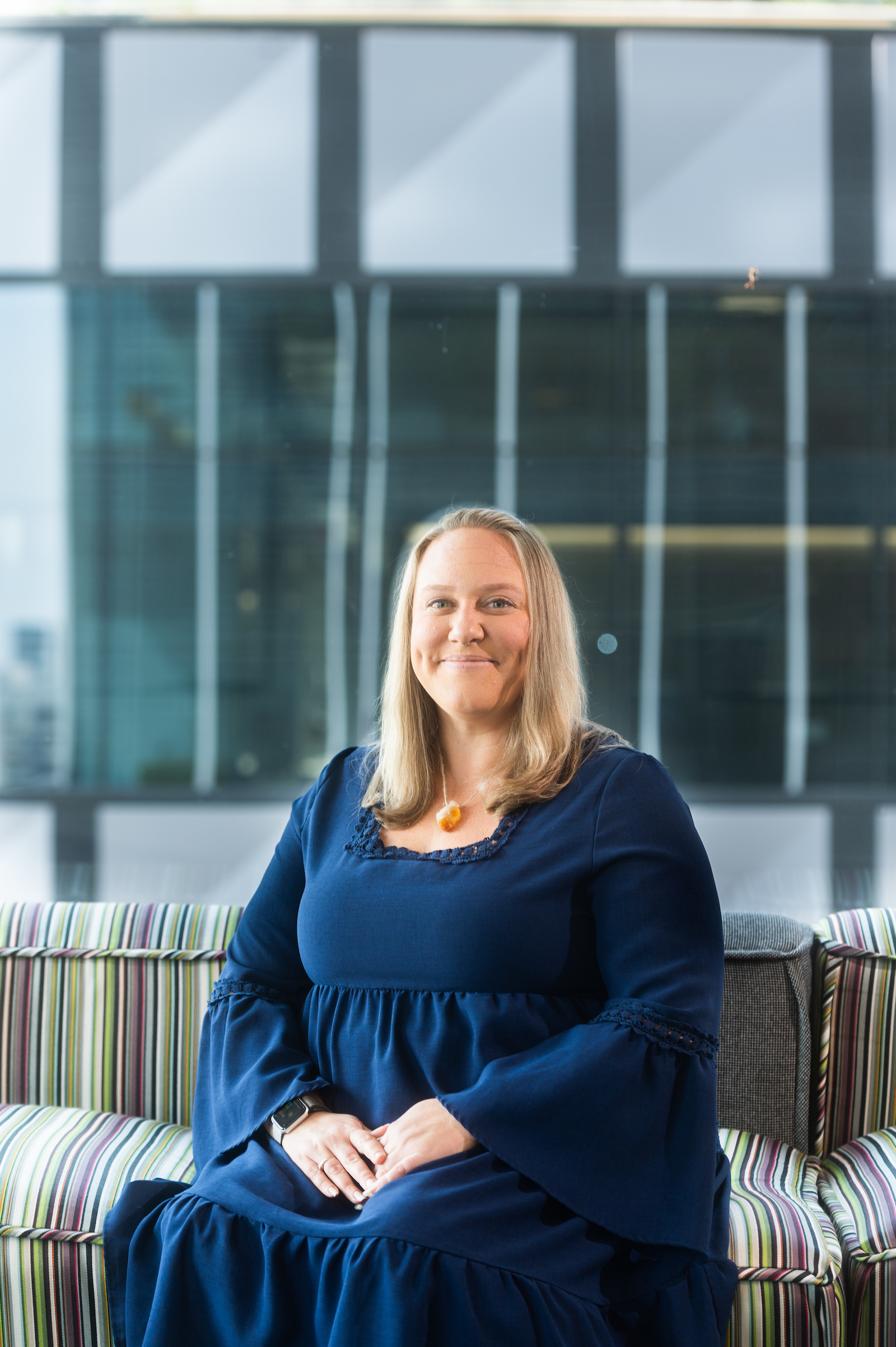 Laura Czyzewski has served in various roles across campus, beginning as a Tech Temp in the Bursar’s Office in 2005. (Photo by Allison Carter) 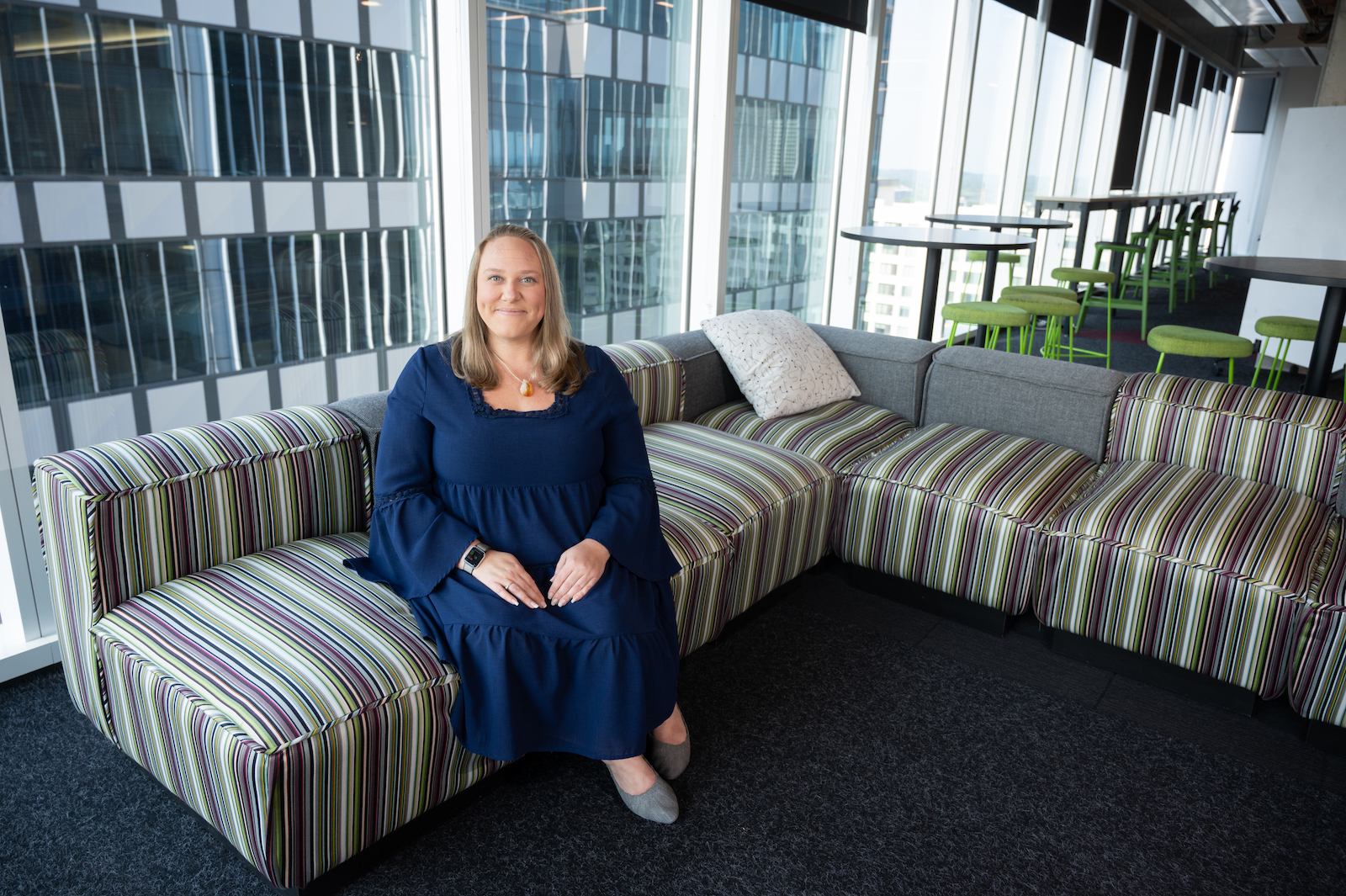 Laura Czyzewski is the associate director of Graduate Programs for the M.S. in Quantitative and Computational Finance (QFC) program. (Photo by Allison Carter) 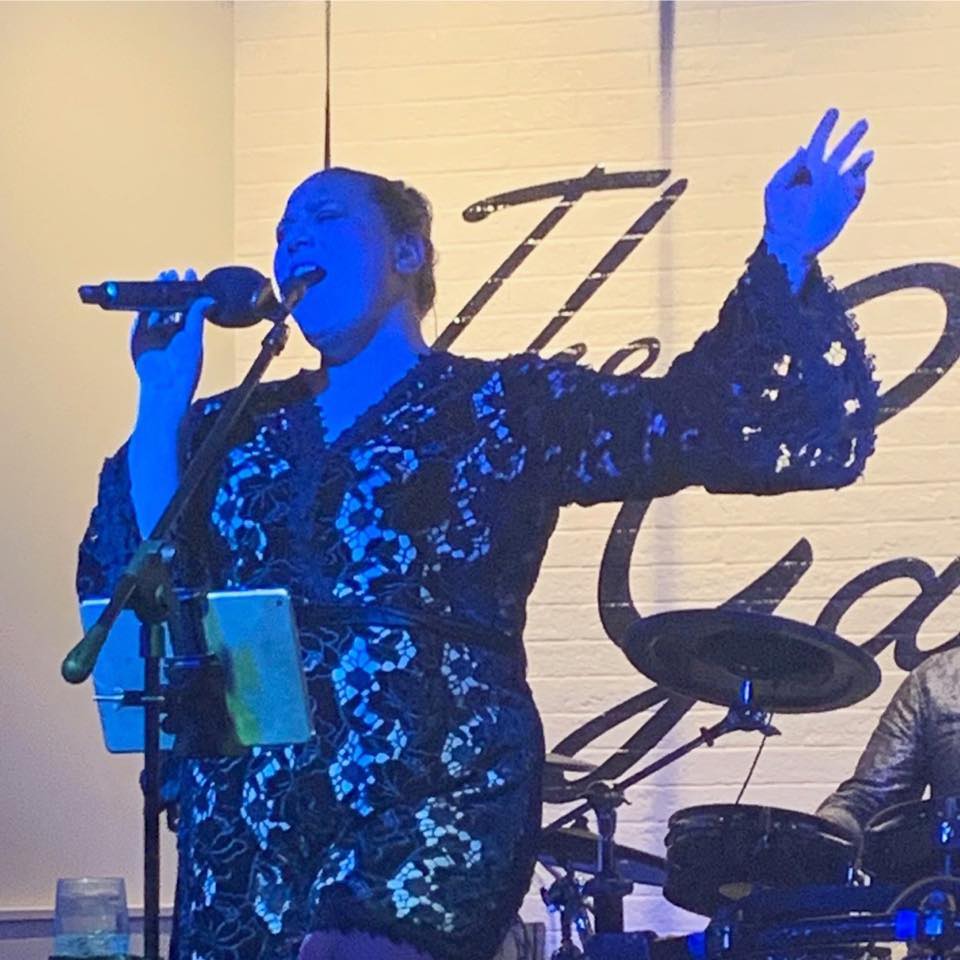 In her time away from Georgia Tech, Laura Czyzewski is the lead vocalist of metro Atlanta rock cover band named Yesterday Calling. (Photo courtesy of Czyzewski.)