“Why didn’t my code work?” asks Pam Whitlock, facing her students. Whitlock is a high school computer science teacher who is teaching a programming class this afternoon. She points to lines of code on a screen. Her students don’t hesitate to answer. “You didn’t include your ‘else’ statement!” they exclaim. “Correct,” says Whitlock, “So, what should I include in my code if I want to play my hip hop loop twice and then bring in some funk?”

Students can be a tough crowd. Holding their interest and coaxing their comprehension can feel like a herculean effort. But this particular classroom is full of enthralled new programmers who aren’t intimidated by code — they are high school teachers who have come to Georgia Tech for EarSketch Teacher Training, in search of new and compelling ways to teach computer science to their own tough audiences.

Getting in Tune with Innovation

Today’s high schoolers were born into a technology-saturated world. The teachers in EarSketch training lament that their students know how to use technology but not how to create it. “If they learn how it works, then they can make it even better,” says Leah Kilgore, a high school computer science teacher who is leading EarSketch training alongside Whitlock.

As educators, Kilgore and Whitlock want their students to become adept — and creative — in the use and advancement of technology. But many computer programming curriculums fall short of igniting that creative spark. “Computer science has traditionally been taught in a way that’s very abstract and doesn’t excite a lot of students, and doesn’t really show the power of computing to touch all the different areas of our lives,” says Jason Freeman, a professor in Georgia Tech’s School of Music. (Georgia Tech Alumni Magazine, Summer 2017) 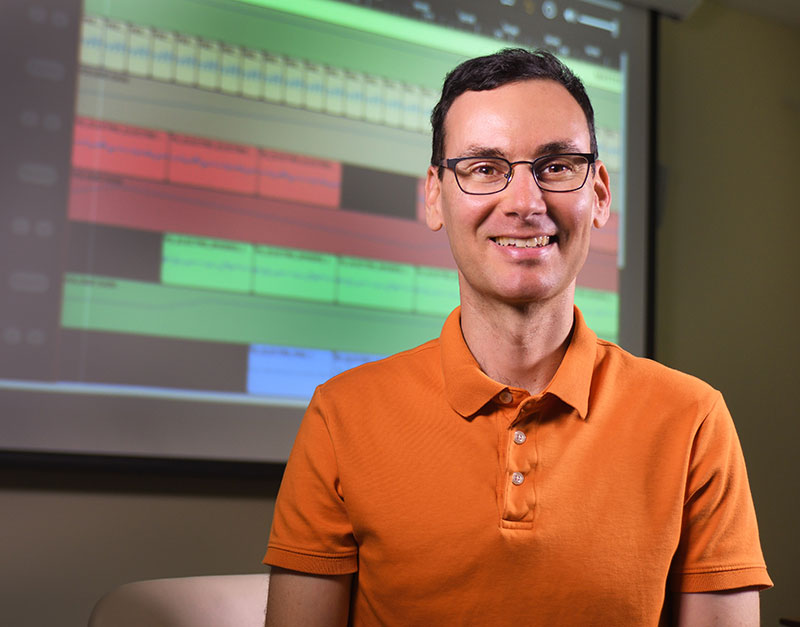 Freeman’s research centers on experimental uses of technology to create, listen to, and learn about music. He noticed the lack of tools available to computer science teachers and sought a more creative approach. And he recognized that it wasn’t just playing or listening to music but composing music that had the biggest potential for motivating learners.

Freeman teamed up with Brian Magerko, an associate professor in the School of Literature, Media, and Communication, whose work sidesteps abstract approaches to computer science. Magerko and his students teach computers how to draw, improvise, and dance with humans. “My research centers on understanding collaboration and creativity, especially on how we can be creative with artificial intelligence partners,” he says, “and on how personal expression with technology can be a means of engaging the public in the field of computing,” especially for underrepresented groups. His ideal pedagogical tool wouldn’t just engage students. It would engage all students. 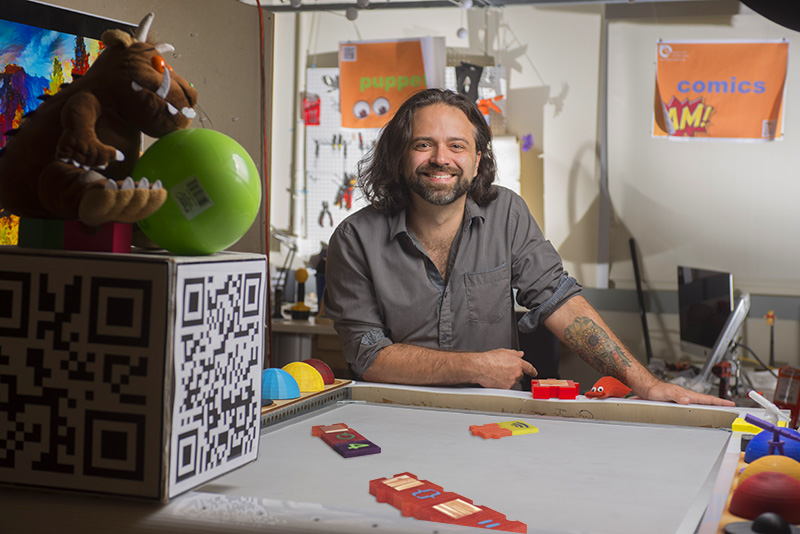 Freeman and Magerko theorized that using code to compose music would be more appealing to students than previous methods. “Students spend multiple hours a day listening to music,” says Freeman. “We realized that if we could somehow bring that into the realm of computer science education, there was tremendous potential to engage students and excite them about computing by seeing that it wasn’t just about abstract logic — it was about being creative.”

Music Made with EarSketch

EarSketch, which was released in 2012, is a free, web-based application. A library of music samples from diverse genres was provided by Young Guru, audio engineer for Jay-Z, and Richard Devine, an experimental electronic musician. Students can also upload their own samples. They use the programming languages Python and JavaScript to assemble the samples into full-length songs, which they can share with friends, dance to, and use as ringtones on their phones. 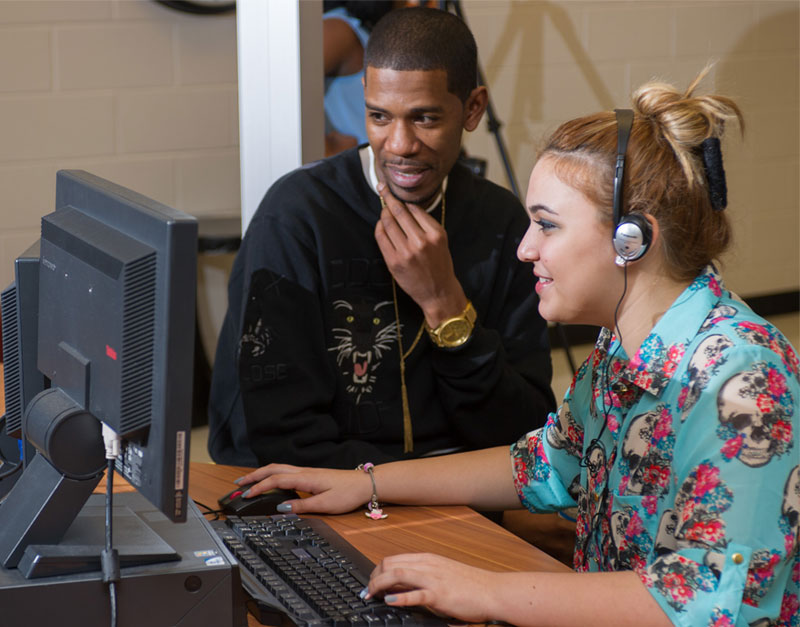 Along with the app, teachers are given a complete curriculum, developed in collaboration with Georgia Tech’s Center for Education Integrating Science, Mathematics and Computing (CEISMC). It includes lesson plans, slides, projects, and assessments. Kilgore hands out samples of these assignments and other creative learning tools so that the teachers in EarSketch training can try them. The app serves as the foundation for her computer science class, and she is one of approximately 140,000 people who use EarSketch.

A Musician Plays Her Part

Nylah Julmice was an Atlanta high school student and musician when she enrolled in a class called “Music Tech,” which she thought was a music theory course. She showed up the first day only to find out it was a class in programming, a subject that had always felt inaccessible to her. “It seemed complex, something that was impossible and out of reach. Especially since there aren’t a lot of females in this industry.” There were not a lot of females in her class either.

But Music Tech was an EarSketch class, so there was plenty of music to be made. The inclusion of music in the curriculum was ultimately what piqued her interest. “It was something that made sense. It made me really fascinated by the whole idea of computer science."

"If I hadn't taken this course I would have never figured out that I had a passion for this." -Nylah Julmice

Georgia Tech Computer Science major Nylah Julmice speaking about the positive impact that EarSketch has had on her career.

It turned out that Julmice had a passion for both code and music. She completed her EarSkech class and began to study more coding languages on her own. She signed up for AP Computer Science and began to see the field as a potential career path. “I enjoyed the puzzle, trying to figure out how things worked.”

The EarSketch team has invested many hours in observing how the program is being used in classrooms like Julmice’s. “While EarSketch has succeeded in teaching computing and increased student interest in computing as a discipline in general, success rates were even higher for underrepresented populations across gender and ethnicity,” says Magerko. “Women in particular are strongly motivated by the EarSketch experience and often change their attitudes about computing and their role in it.”

Julmice realized she had a role to play. In 2016, she received the Aspirations award from the National Center for Women & Information Technology. The award ceremony was held on the Georgia Tech campus, right where EarSketch began. There she was welcomed by a tight-knit community of women like her who were also pursuing an education in computing. Julmice decided this was where she belonged, and she is now a computer science major at Tech. It all started with an EarSketch class. “If I hadn’t taken the course, I would have never figured out that I had a passion for this.”

The student chooses audio clips from a wide selection of genres and instruments or uploads their own.

The student takes an introductory tutorial on both music composition and writing code.

The student writes code in order to arrange their chosen audio clips into a complete song. The clips are looped, paused, and layered all using Python or Javascript.

The student runs their script, which assembles their song. They can listen to the song to help understand what they can do with code.

For Kilgore and Whitlock, seeing students like Julmice get excited about writing code is more than gratifying. “What I saw was a confidence building in the students,” says Whitlock. “Once they learned that they could do it, they were more willing to venture out and learn different ways of coding.”

Today, the EarSketch team is working on the next version of the software that will foster collaboration in person and from a distance. The open-source movement has become a major accelerant for tech progress, so encouraging students to cooperate is the obvious next step for the program. The EarSketch team is also collaborating with Northwestern University and with two other music-based learning tools, TuneTable and TunePad, to expand EarSketch into a musical learning ecosystem.

Collaboration is already happening in the EarSketch training class. The teacher/students are asked to find a partner. “Find someone to work with who you haven’t met yet,” says Whitlock. They are all smiles, teaming up to eagerly begin their next creative assignment together. Not surprisingly, they appear to be in harmony.

In December 2016, the White House announced that EarSketch is part of the Computer Science Education Week national initiatives.

On November 2 , the Georgia Tech Research Corporation held their 80th Anniversary award banquet. Jason Freeman and Brian Magerko were presented with the Sustained Impact Award for their work on EarSketch.

Creating the Next Code Composers is part of a four-part series exploring the ways that Georgia Tech supports innovation in education. Check back to find out how Georgia Tech is driving progress in online learning.

MORE WAYS WE'RE CREATING THE NEXT INNOVATIONS IN EDUCATION